HomeDREAMFrom Gaza, Mozambique, a model for the treatment of HIV
13
Dec
2013 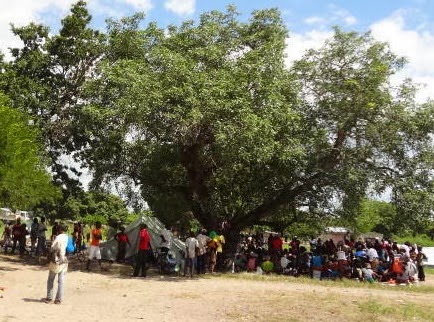 In Mozambique 1.4 million people are living with HIV/AIDS. Of these, 200 000 are children, 550 000 are men and 850 000 women, registering a 15% prevalence among pregnant women. In absence of treatment, the risk of mother-to-child transmission of the virus is therefore high. According to UNICEF, every day in Mozambique 85 children are born with HIV, and half of them, in the absence of adequate care, is likely to die within the second year of life.

One of the areas most affected by the HIV epidemic is the province of Gaza, due to the proximity to South Africa and Zimbabwe, countries with high infection rates, which employ many men in the province.

According to the newspaper Noticias, in the last months 23 000 new HIV-positive patients have turned to local health units. During this year 380 patients have died, victims of HIV / AIDS, and 430 have dropped out of treatment.

At the same time there has been an increase in people being treated, 61 000, including 5000 children. However, in the last years the efforts to reduce mother-to-child transmission of the virus has increased. In each health unit in the province there is in fact a program of prevention of vertical transmission, which aims to give birth to generations free from the pandemic.

In this context, an important role should be given to the Missionary Sisters of the Daughters of Charity who, for many years, have been working in the province of Gaza.

Their work began in 1990 in Chalucuane where, while treating TB patients they immediately realized that there were some cases resistant to drugs. At that time, the country still did not talk about AIDS. They began to make their first HIV test to TB patients experiencing a high prevalence of the disease. Realizing that the disease was already infecting the population and that it would have been a great challenge for the future, they decided to dedicate the hospital Carmel in Chokwe to the care of patients with HIV / TB.  In 1995 the first patients were transferred to this new center.

Chokwe is a farming town located 230 km north of the capital Maputo, built on the banks of the Limpopo River which in February of this year overflowed, devastating the area.

Sister Maddalena Serra, who has been working in Mozambique for 42 years, says about Chokwe: "Fortune and misfortune of this town is that it is on the border with South Africa. It is lucky because many people find jobs in the rich diamond, gold and coal mines in South Africa. But when they return home, these men who have been away from their families, are sick with AIDS and tuberculosis. Seropositivity has become a pandemic, as there is a HIV prevalence of 42%. "

The hospital in Chokwe is a model for the treatment of HIV / TB, as also reported by Noticias.

Since 2005 the work of the Daughters of Charity joined that of the Community of Sant'Egidio, participating in the DREAM program. The Community of Sant'Egidio with its doctors ensures both the protocols for the treatment of the disease as well as the provision of antiretroviral drugs and provides the laboratory of molecular biology in Maputo where the therapy can be monitored.

Since March 2013, DREAM has also been carrying out the mother-to-child HIV prevention in the public health centers of Macia and Chicumbane, two rural centers visited by many patients. Here DREAM began offering the triple therapy for life to pregnant women living with HIV, according to the new national guidelines, as well as early diagnosis for the child.

This has been made possible thanks to the collaboration with MSD Italy and the program  "Merck for Mothers" that has allocated a significant contribution to the reduction of maternal mortality in many countries in the developing world. Thanks to the program Merck for Mothers, in the centers of Macia and Chicumbane it was possible to train local staff on issues of maternal and child health as well as how to cater for HIV-positive pregnant women. The Prevention Mother-to-child, currently active in the two centers, has enabled many children to be born healthy from HIV positive women.

The joint work of the Missionary Sisters of the Daughters of Charity, MSD, Italy and the Community of Sant'Egidio is changing the fate of this region of Africa.

Patients who come to Chokwe not only have access to counseling, testing and treatment, but also find support for their reintegration into society. People who think that they don't have a life expectancy anymore find hope, because HIV does not have the final say on their lives.

Ambito
DREAM in Guinea: a model of quality care waiting to welcome new patientsThe Community of Sant’Egidio and the Vincentian Family against the culture of rakishness and indifference
NEWSLETTER