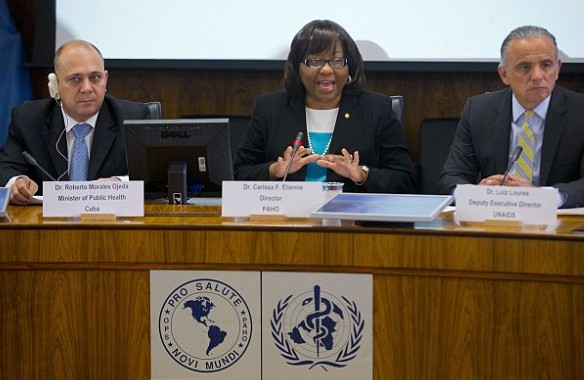 HomeDREAMThe elimination of the transmission from mother to child: a dream comes true

Cuba is the first country ever to receive World Health Organization (WHO) validation that it has eliminated mother-to-child transmission of HIV and congenital syphilis.

The certification was obtained by working on the front of universal access to prenatal care, giving all pregnant women and their partners HIV and syphilis testing as well as treatment for those women found to be positive. These services are provided as part of a fair, accessible and universal health system where maternal and child health programs are integrated with programs for HIV and sexually transmitted infections.

It is estimated that globally each year 1.4 million HIV-positive women will experience pregnancy. If untreated, these women have a 15-45% chance of transmitting HIV to their children during pregnancy, labor, childbirth or breastfeeding. However, this risk may drop to less than 2% if mothers are given antiretroviral therapy during these phases.

Concerning syphilis, nearly 1 million pregnant women worldwide are infected with syphilis each year. This can cause premature loss of the fetus, infant death, low birth weight and serious neonatal infections. However, simple screening tests and treatments during pregnancy, such as penicillin, are able to eliminate most of these complications.

Between 2009 and 2013 the percentage of women that have received antiretroviral treatment in low and medium-income countries reached 70%, while the process to achieve the elimination expects this percentage to increase to 95%.

In particular, it is necessary to abide to these indicators:

In 2013 only two children were born afflicted by HIV in Cuba, and three affected by congenital syphilis. Cuba has this way become a model for all countries who wish to reach this goal, which is the “Global Plan towards the elimination of new HIV infections among children by 2015”.

Premature access to antiretroviral treatment (intended as a combination of at least three drugs) and to prenatal treatments have been the keys to success. The DREAM Program has administered since the beginning the Anti Retroviral Therapy to women during pregnancy, delivery and breastfeeding, achieving a percentage of children free from HIV of 98%, and in the past year in Mozambique, in 1500 pregnancies there wasn’t any case of HIV-positive status in children.

One of the first of DREAM’s studies, conducted in Mozambique from 2002 to 2005 on 985 HIV-positive pregnant women and on their 958 children has demonstrated how the HAART was able to reduce the maternal viral load. The collective vertical transmission rate was of 1.4% at 6 months. These results have demonstrated how it was possible to reach also in countries with limited resources transmission rates so low as to be compared to the western ones. Following the continuation of the administration of the HAART after pregnancy, also the breastfeeding from HIV-positive mothers didn’t bring any additional risk in the transmission of the virus at 6 months (http://www.ncbi.nlm.nih.gov/pubmed/17620755).

The hope is that the path taken leads soon to the eradication of the mother-child HIV transmission also in other countries.