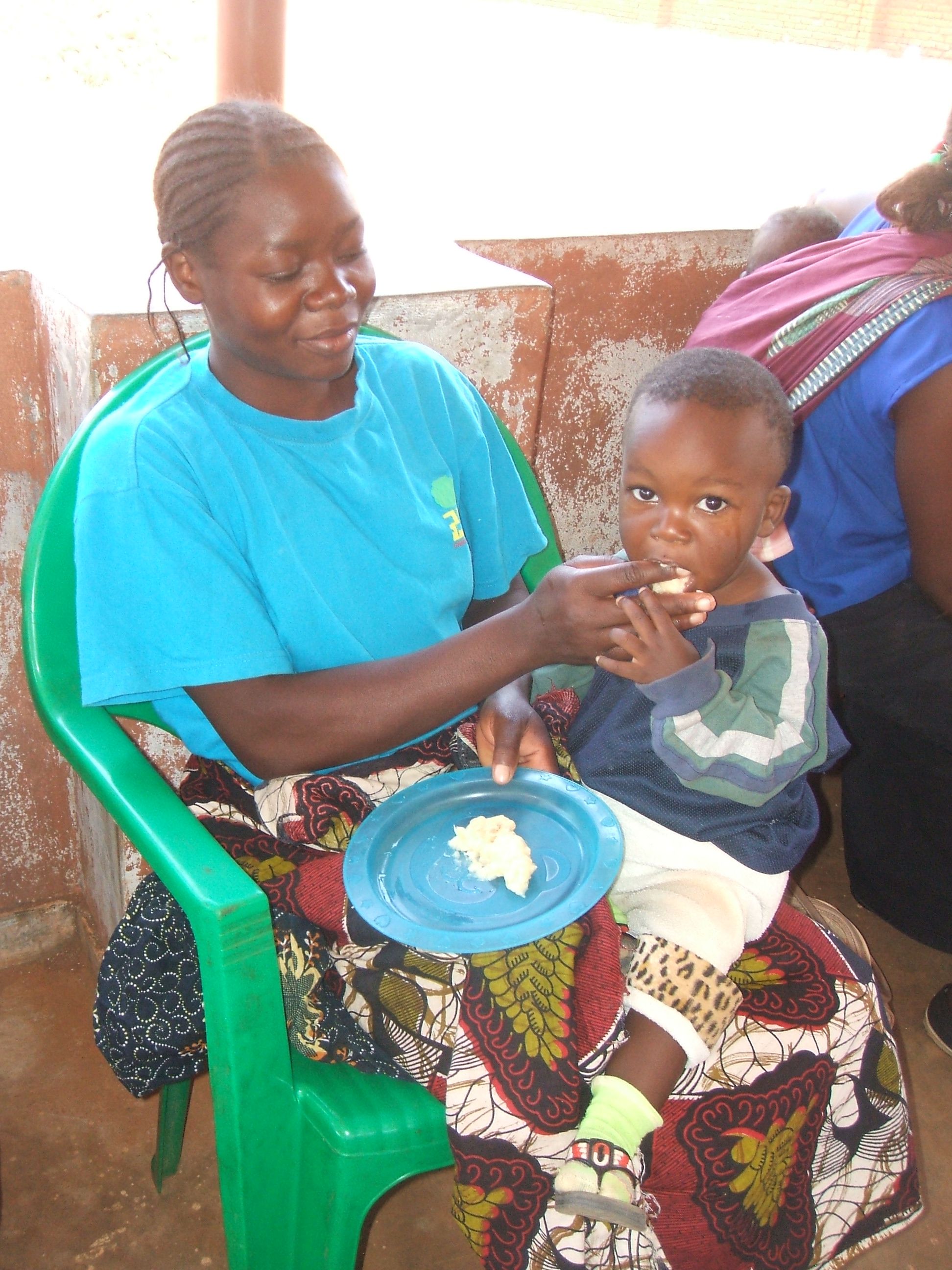 The intervention of the Community of Sant’Egidio against malnutrition

The World Food Day celebration took place on the 16th of October with a main theme: “Social protection and agriculture for breaking the rural poverty cycle”.

The social protection was chosen for highlighting the importance of reducing rural poverty and guaranteeing access to food or to the means of acquiring it. It can be defined as an array of solutions, often combined with each other, such as job opportunities, the supply of food, money and services, that aim to support the vulnerable people and help the poor of society escape from hunger and poverty.

The official ceremony of the 36th World Food Day took place at Expo Milano 2015, in the presence of the United Nations Secretary General Ban Ki-moon and the Italian President of the Republic Sergio Mattarella.

It was Ban Ki-moon himself who posed in 2012 the Zero Hunger Challenge, during the Summit on Sustainable Development Rio+20, which offers the vision of a world free of hunger, where it is possible to both meet the increasing food demand and face the new environmental challenges. As the Secretary said himself, hunger can be eradicated in our lifetime.

The “Zero Hunger” objective is part of the 17 global objectives we are determined to reach by 2030.

The Objectives are interconnected: hunger and malnutrition can’t be eradicated if progress isn’t achieved also in the other objectives. The Global Objective 2 states: “To end hunger, to reach food security and a better nutrition and to promote a sustainable agriculture”.

According to The State of Food Insecurity in the World 2015 report (PDF) ,

795 million people suffer from hunger, 167 million fewer than 10 years ago.

However the progress hasn’t happened in the same way in all the countries of the world. In Africa it has been far too slow and it was not able to reach the Millennium Development Goal 1: to halve between 1990 and 2015 the percentage of people suffering from hunger.

It is estimated that in Sub-Saharan Africa one person in four suffers from hunger, about 23.2% of the population, which equals to about 220 million people, which represents the highest prevalence of malnutrition for any region. The slow progress in fighting hunger over the years is particularly alarming. This slow pace reflects the presence of factors such as the price increase of foodstuffs, drought and political instability in many countries.

In order to have food security, stable political conditions and an economic growth are required, together with social protection policies aimed at vulnerable population groups, besides guaranteeing access to better quality food and water, improving hygiene. In many of the countries which weren’t able to reach the objectives, natural and human related catastrophes or political instability have lead to extended crises with an increase in vulnerability and food uncertainty in large parts of the population.

Lets take for example a small country of Sub-Saharan Africa, Malawi, that unfortunately in these days has been in the spotlight for unhappy reasons: according to the World Bank ,

Malawi is the poorest country in the world, with the lowest per capita GDP. It is estimated from the report above on food security that this small country (it extends for about 118 thousand km2) holds 3.6 million malnutrition cases over the 3-year period of 2014-2016  (20.7% of the total population), with an increase since the last 3-year period.

It is feared that over the next few months there will be an increase in malnutrition cases, especially in children below the age of 5, in a country where almost half of the children already suffer from malnutrition. Furthermore in the month of January the country underwent the worst flood in its history, followed by long periods of drought.

For the first time in nine years, Malawi has experienced a 30% corn deficit, exposing 2.8 million people (15% of the population) to hunger risk in 25 districts of the country. Corn is the staff of life, cornerstone of Malawi’s diet. This figure is bound to grow. October is indeed the hottest month in Malawi and it is the season in which people start gazing at the sky waiting for the rains. In these days the rainy season is expected with great fear and especially lacking the necessary resources to reach the next harvest. Furthermore the scarce harvest of last year and the absence of provisions do not guarantee food for everyone in the coming months. The period from December to March has always been defined as “the hunger season” because food provisions wear thin awaiting the next harvest, but this year people are preparing to face a really dark period that could have tragic consequences for a country that is not able to recover from a chronic situation of poverty and lack of food. The price of corn flour whit which the main dish, nsima, is prepared has reached 5700 MWK per sack (about 10 dollars), a 40% increase since October 2014, and it is expected, based on the market trend of the last years, to reach 15 dollars at the beginning of 2016. In the Chikwawa district, in the south, more than 45 child deceases have been registered due to malnutrition. Medicine is scarce in hospitals.

Already in February the Community of Sant’Egidio has brought food aid to the areas affected by the flood.

The distributed aid have affected More than 5000 families in the Mangochi, Balaka, Zomba, Phalombe, Thyolo and Blantyre areas have benefited by this support. Here the Community has around 6000 members, but the “family” of Sant’Egidio includes also 1000 elderly and 11000 children of the school of peace.

But the country is beloved by the Community of Sant’Egidio also due to the presence of 13 DREAM Centers having assisted about 70 thousand people since its beginning, of which 15 thousand below the age of 15. DREAM has since the begging wished to offer its patients nutritional support, free of charge, besides the antiretroviral therapy.

Furthermore in Machinjiri a nutritional Center that everyday hosts about 1000 children was opened in 2010. Besides receiving a nutritious meal, the small Malawians can stop by for the whole day to play and participate in educational activities. From 2012 a kindergarten for 30 children in pre-scholar age is active.

It is a lot, but it is not enough. Planned and long-lasting programs are required to create food independence, but the emergency is today and Malawi cannot wait any longer, if not at the harsh cost of watching many innocents die of hunger.

Ambito
The new challenges of malnutrition in AfricaDREAM at EXPO 2015, winner of the contest “Energy, Art and Sustainability for Africa”
NEWSLETTER