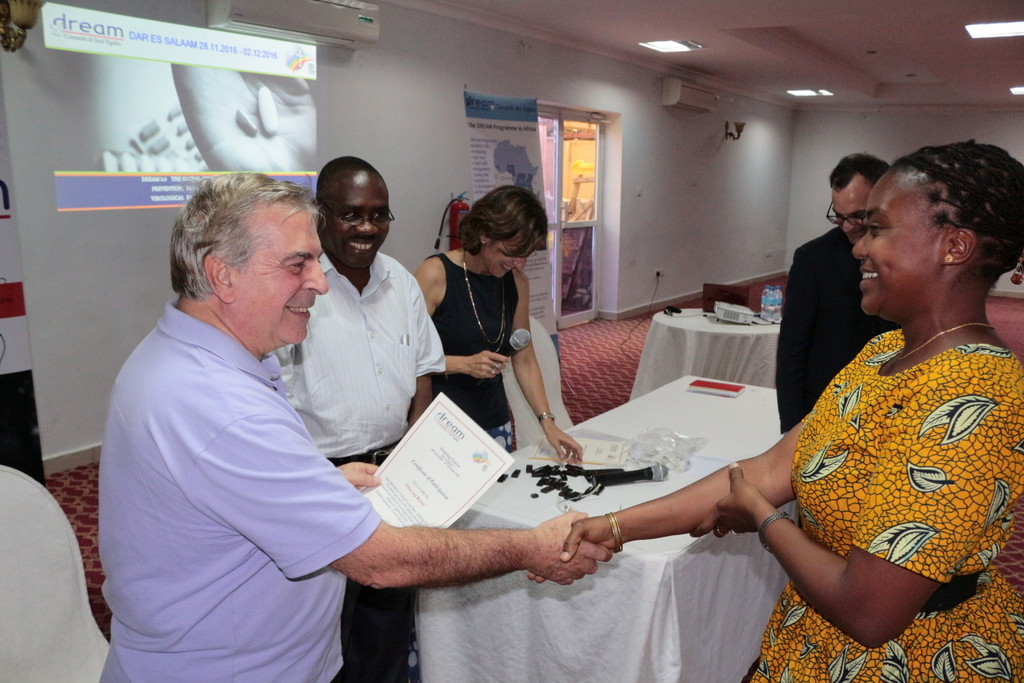 HomeDREAMToday’s global approach to AIDS and its related diseases: a challenge to accept

The training behind the DREAM Program in Tanzania

Due to the expansion of treatment programs for AIDS and Tuberculosis to country-level and the need to support government efforts to guarantee their quality and thus their success, the DREAM Program organized in Dar es Salaam a training course called “DREAM 2.0 – The global approach to the HIV patient: prevention, diagnosis and treatment of virological failure and drug resistance.”

The title and topic discussed drew much interest and attention among the health personnel currently involved in fighting the diseases. More than 30 specialists from various parts of Tanzania participated in the training course. The presence of international educators, the DREAM program’s reputation in the country and the delicate and current topic proposed contributed to an enthusiastic response from the participants.

The inauguration of the work activities was held at the School of Public Health of Dar es Salaam at the Muhimbili Hospital. The dean began the course highlighting the honor and pleasure that comes with hosting such an event.

The manager of the NACP laboratories reminded everyone how over the years DREAM has been a pioneer in the field, building molecular biology laboratories which allow monitoring patients under treatment and that today are a model to implement across the whole country.

The course was made available thanks to the support from the Catholic Church and the funds from the Eight per thousand, both of which have been supporting DREAM for years with notable success and impact.

World AIDS Day was recently celebrated on 1 December, but still poses many challenges: extending treatment programs to a national level, their sustainability, monitoring adherence to treatment so as to avoid development of resistance to drugs and the important role of all of the participants, whose actions affect the lives of millions of sick people. Training doctors undoubtedly plays an important role in winning this fight.

There is still much left to do but we have also come a long way thanks to the support of many. The Community of Sant’Egidio feels that it has to undertake the challenge posed by this epidemic, supporting the endeavors of the countries in which it is present, starting from the health personnel committed to fighting and treating AIDS and the other diseases linked to it.

At the end of the course, the Italian Ambassador to Tanzania, Dr. Roberto Mengoni, underlined the important role of Sant’Egidio both in Tanzania and Africa over the years for its presence and the work achieved in the struggle against the disease and for peace.

Many challenges await and DREAM is always more consolidating its role as a leader and forerunner to many big and important decisions that have changed the many realities of the countries in which it operates, alongside the sick and the health workers.