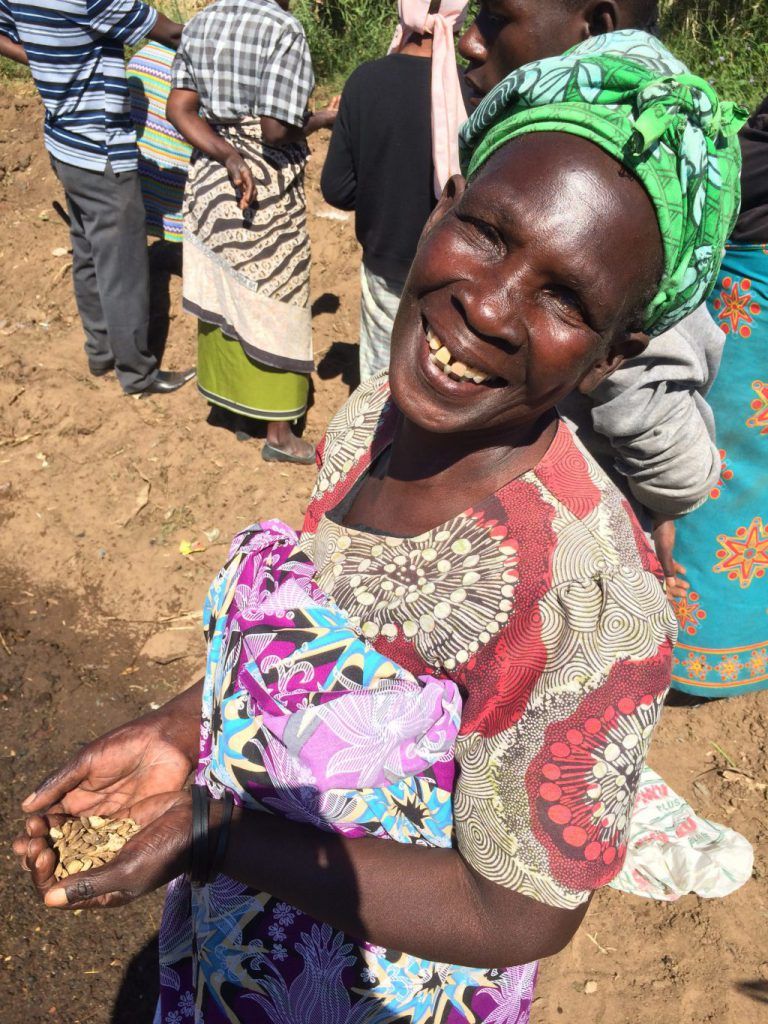 On 19 June 2017 at the “Giovanni Paolo II” Nutritional Center the first Community Vegetable Garden opened, promoted by the Community of Sant’Egidio in collaboration with Slow Food.

The project was made possible through the Sichem and Efraim Communities of Olgiate Olona, a town in the Italian municipality of Varese, which organized on 29 April a master class for charity: “4000 meatballs for Malawi”, together with a Malawian biologist from DREAM.

This pilot garden in the area of Machinjiri represents a concrete and sustainable solution for aiding the families affected by the economic challenges and food emergency.

This new adventure began with a 2-day training course held by two representatives of Slow Food in Malawi. 15 people participated of whom all, by cultivating the land, will be able to support their families and improve their living conditions.

On the first day of the course theoretical elements were covered, while on the next day the ground for planting was prepared.

The partnership between the Community of Sant’Egidio and Slow Food will allow to reach this goal of social value in a “Good, Clean and Right” way: slogan of the Slow Food association, which has been active in Africa for years now, working towards the de

velopment of food gardens through the “10,000 gardens in Africa” campaign.

Particular attention will be given to maintaining the biodiversity of the crops, giving value to the local species of fruit and vegetable and avoiding the monocolture of maize, partly responsible for the food crisis, as it requires a lot of water to grow.

Furthermore no chemical pesticides or GMO seeds will be used, but instead natural methods of fertilization and safeguard of the local plants and seeds, which are selected through the expertise and knowledge of the local farmers.

The team, composed of people who all led different lives and experiences and start now as farmers, began working with enthusiasm and unity of purpose.

The name selected for this garden is: “Mbeu kwa Ufulu”, which means “Seeds of Freedom”.

Freedom from pesticides and GMO seeds, freedom for the men and women of this marvelous country, stricken by hunger and hopelessness.

Seeds of freedom in view of a better future beginning from an invaluable treasure: the African continent and its people.

Ambito
DREAM 2.0 Prevention of female cancer in partnership with the Veronesi FoundationThe “Champions” at the DREAM center in Maputo
NEWSLETTER