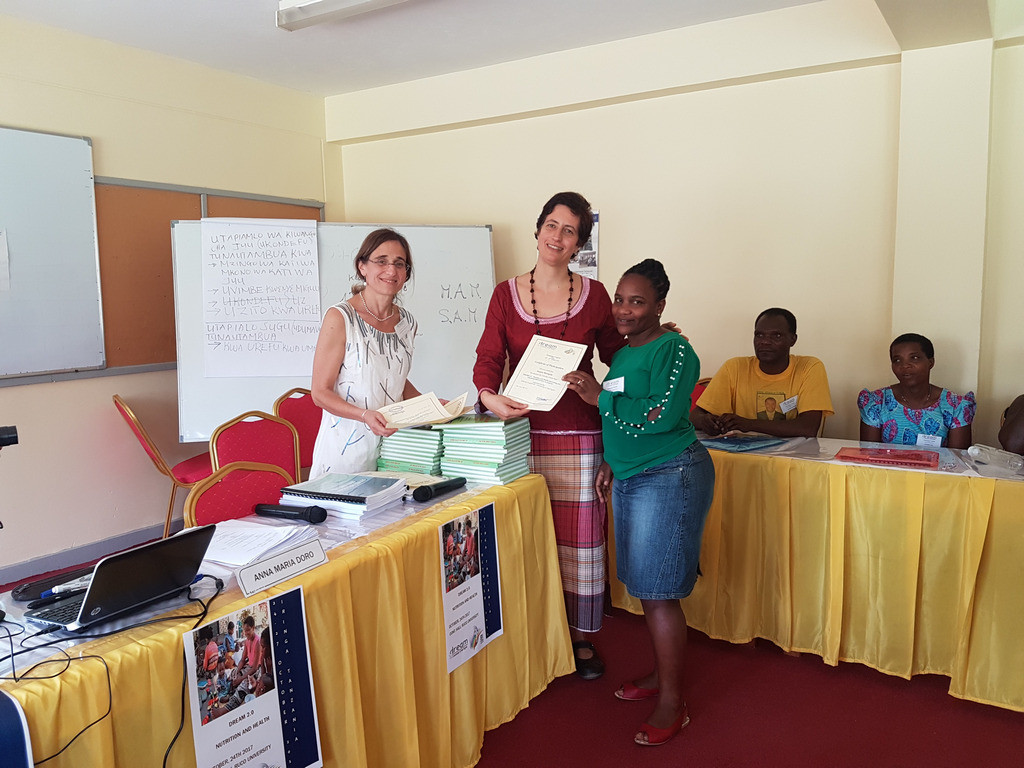 HomeDREAMHealth and Nutrition with DREAM 2.0

The “Health and Nutrition” training course is organized by the DREAM Program of the Community of Sant’Egidio with the contribution of the Eight per thousand of the Italian Catholic Church. Over the course of 4 days, 23 community health workers of the DREAM centers in Tanzania (coming from Iringa, Arusha, Uwemba and Masanga) took part in the course, as well as 20 community operators from Iringa, Usokami and the district of Pawaga in the region of Iringa, one of the districts most affected by child malnutrition.

Malnutrition today is still one of the main factors contributing to child mortality in Tanzania. Of children under the age of five, 34.4% suffer from chronic malnutrition, a number that rises to 50% in the poorer and more rural areas. Acute malnutrition instead affects 4.5% of the population, about 2,600,000 people. Tanzania has recently made the fight against malnutrition one of the top priorities of its public health agenda.

The local authorities (the Regional Commissioner and the Regional Medical officer) present at the inauguration reminded everyone how, in the region of Iringa, more than 14,000 children suffer from malnutrition, of which 4700 from severe acute malnutrition.

Amongst its causes are the state of poverty in which the rural population resides and a diet based mainly on cereal and tubers, as there is lack of food rich in micro-nutrients and proteins. It is for this reason that, during the course, there was a chance to educate the population on a correct and varied diet, thus improving the local food intake.

With the help of Tanzanian nutritionists and experience in the field such as that of the Pope John XXIII Community, it was possible to provide practical advice and a series of useful recipes for children aged between 6 months to 2 years, a period in which they are most at risk of suffering from malnutrition.

Another topic covered was that of hygiene in the preparation and preservation of food, and the importance of access to clean drinking water, as an insufficient source leads to repeated diseases which may jeopardize the child’s growth.

A Kiswahili edition of the book “How’s your health?” and an attendance certificate was handed out at the end of the course to all the participants.