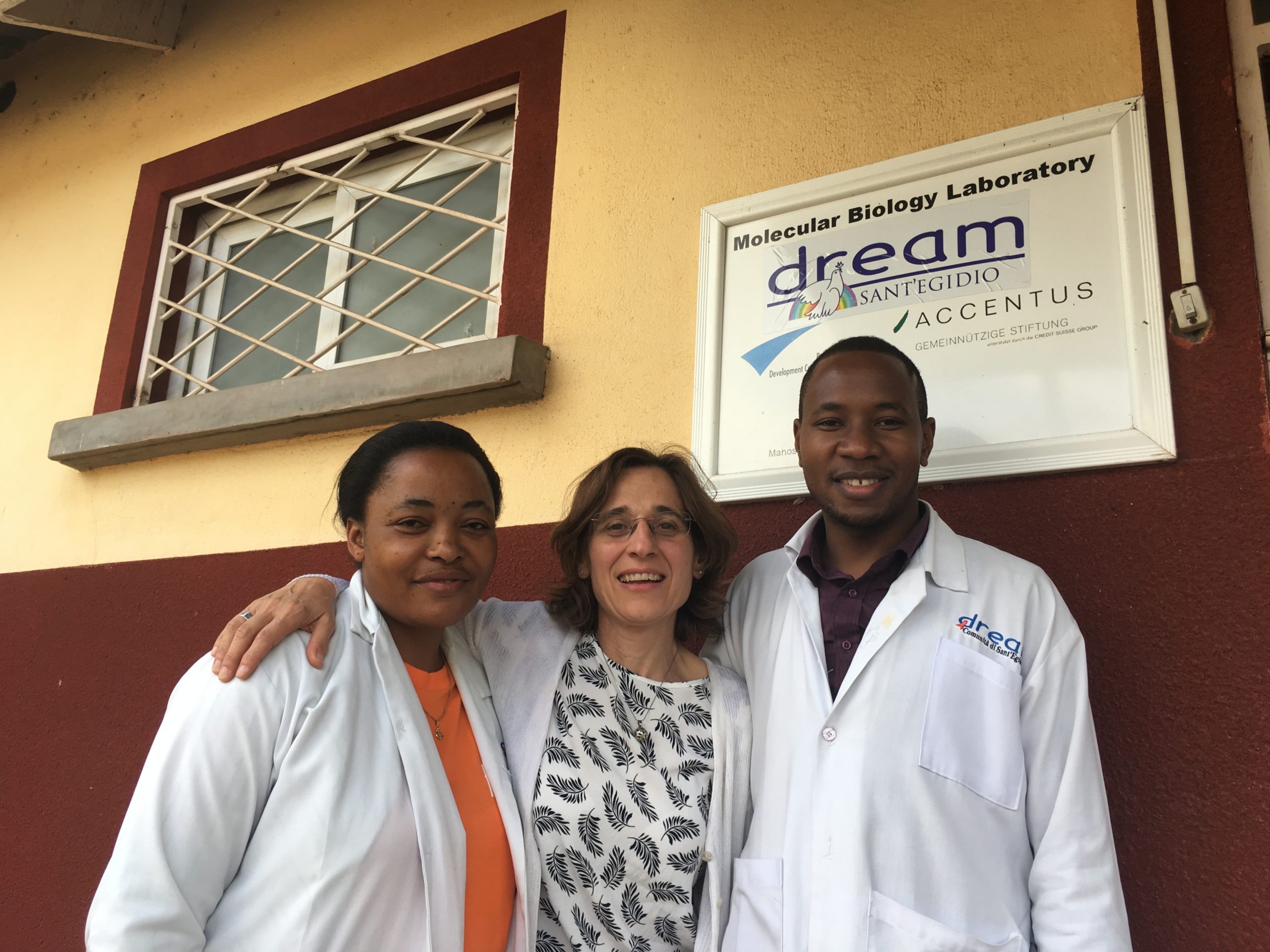 DREAM is not just a programme for the prevention and treatment of HIV in Africa. It is a community of people who work together through a constant mutual exchange for improvements and progress. Excellent medical and personal care are the distinctive elements that make it possible for the Community of Sant’Egidio to guarantee services at the highest level. The country manager of the DREAM programme in Tanzania, Alessandra Morvillo tells us about this dream that she saw come true.

What was the HIV situation in Africa like when DREAM started?

“There was no therapy in Africa when DREAM started and we didn’t think it would ever be possible. So many people had died, an entire generation of adults had disappeared, leaving orphaned children and their grandmothers to take care of them. Since there was no treatment, people preferred not to find out whether they were HIV+ because knowing they had HIV was a death sentence. In any case it was very difficult to take the test because there weren’t any places that did it. What we were unable to accept was the common idea of resignation, according to which, all that could be done was prevention, and not treatment because it would cost too much, given the number of patients. We felt this was enormously unjust. We started with a very few people, very slowly, and together we found out how to move forward and we dealt with all the various problems. We realised that there was resistance to the treatment not only at a national, governmental and institutional level, but also in the fear and limitations of the people and of the healthcare personnel as well. Treatment is what really makes prevention effective, so we worked hard to get hold of the drugs. However, what undoubtedly made the difference was our approach to people. We had to break the taboo and convince them to take the test. The women understood what we were doing from the very beginning and they were the first ones to win this fight. They were the people who were most badly affected and they understood the importance of the treatment and of talking to each other, and they were the witnesses of the triumph of life over death. These women’s babies were born and were healthy and this motivated them to talk about the beneficial effects of the therapy. The treatment changed their role in society, they went back to work, they had their life again and their dignity too. Thanks to their ability to involve other people and spread the knowledge they acquired, they were able to transform the environment they lived in and fight the stigma”.

What role do women play in DREAM?

A central role because they are the absolute protagonists. From being patients they become testimonials of the effectiveness of the treatment. Their potential comes out from working together. In the beginning in particular, most of the patients in our DREAM centres were women. More women got sick than men but they wanted the therapy because unlike the men, the women did not accept the disease.  They needed to be supported because this courage had to be nurtured. The mother-to-child prevention had an impact, in that it was the concrete proof that it was possible, that being HIV+ was no longer a death sentence. When other women noticed it, their hope increased. This was thanks to the desire of so many patients who felt deeply grateful for having been welcomed and who wanted to return the help they received by being close to all the others who needed it too.

How strong is the effect of the stigma today?

Very strong. The HIV stigma is still a reality. People are afraid of the disease, regardless of the common beliefs and superstitions. The situation has improved, people are taking the test, but there is still the problem of traditional medicine. So-called prophets guarantee that people will be cured and will be successful, and people stop taking their medicine. We therefore often find ourselves assisting patients who come to the centres with the disease at an advanced stage.

According to DREAM, the patient is fundamental. In what way?

We believe that people come before the disease and that is why they are important to us. Their approach to the therapy determines its effectiveness. Involving them in their treatment on one hand, and on the other hand understanding their condition, their situation, also their personal situation, means making them responsible and this is what makes them adhere to the treatment. In Africa, unlike in the West, the patients are often not told about their condition because they are not considered important. If you don’t explain it or give them any information about it, the disease takes on a magical aura, like for epilepsy, which is described as a curse. Knowledge fights the ignorance and superstition that generates discrimination.

What are DREAM’s key characteristics?

Treatment that is free of charge and the training that is carried out in the DREAM centres and that brings together the knowledge of the Italian and other European doctors and local doctors. Courses, continuous training for specific figures, such as the laboratory personnel, coordinators, doctors and nurses. The courses are both local and international. A process that is enriched by mutual exchange, with the aim of giving the best. What was happening in the rest of the world had to be real and possible in Africa as well. Then there is the value of sharing. We believe in the idea of working together with local staff because the most important people are the ones who carry out this work every day. The aim is not to feel just like an employee but like a proactive person. We deal with people who are in trouble, they have their problems and complicated situations. They feel alone and we have to give them hope and show them that it is possible to get well, so it is important to communicate with them and be empathetic. We cannot be satisfied with just doing our job, we want to make the patient better.

Ambito
Guinea: research for improving the standards of screening and treating tuberculosis in people with HIVThe NCD project. An interview with Fausto Ciccacci
NEWSLETTER