On Saturday, March 17, a big celebration took place in the city of Beira. The whole city agreed to meet at the new Polyvalent Center of the Community of Sant’Egidio for the opening ceremony.
It is the new happening in the city and a further, tangible indication of the immense friendship and commitment to peace that links Sant’Egidio to Mozambique.

The Center is significantly located in the Praia Nova neighborhood, a very central quarter of the city but at the same time one of the poorest.

The building stands out due to its beauty and care for details. The patients and the children of the nutritional center have welcomed the guests of the day, proud to be able to show the beauty of their new home.

The structure, which covers an area of approximately 3000 square meters, includes a nutritional center for the poor children, a highly specialized laboratory for molecular biology, and a DREAM clinic center to assist HIV/AIDS patients of the city. 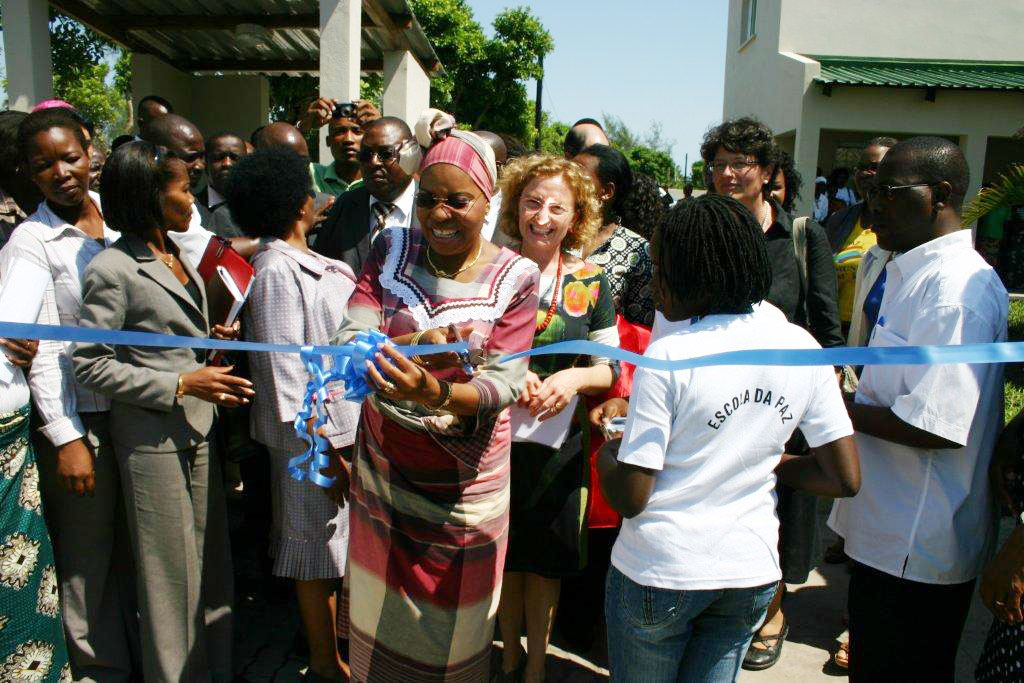 The DREAM program had initiated its activity in Beira in 2003 with a center in the Manga-Chingussura quarter. Today that center cares for more than 5.000 AIDS patients, with an average of 70 newcomers each month. The number of patients that turn to the center to be treated continue to increase, the space is getting smaller and smaller and it is for this reason that a new center had to be built in order to offer patients the possibility to be treated.

Close to the DREAM center there is a nutritional center where more than 1000 children, orphans or belonging to very poor families, will be able to have a meal. The center has a central square where to play and have fun but also several toilettes and showers with current water, which embody the daily joy and amusement of the children.

Furthermore, and thanks to the cooperation of the Municipality of Beira, in the two rooms of the nutritional center will soon be possible to begin an alphabetization course for the children of the streets, who later will be trained professionally as artisans. 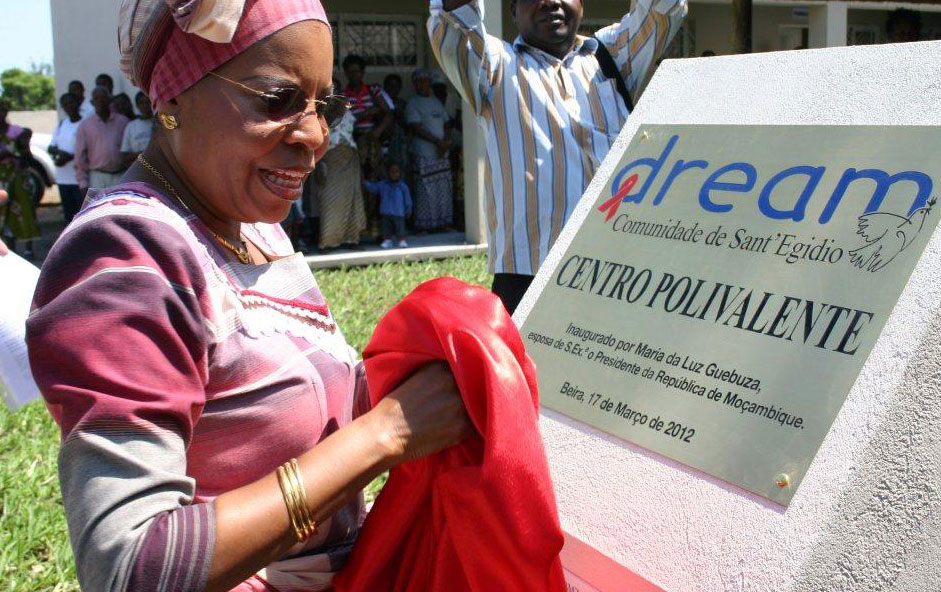 For the Community of Sant’Egidio, investing in the wellbeing of the children means believing and building the future of the country.

The many institutional personalities who participated to the ceremony were able to visit the Polyvalent Center: the representative of the Minister of Health, politicians, embassies, representatives of NGOs, the apostolic administrator of the diocese, missionaries and representatives of various religious communities. The event allowed all components of the civil society to come together and celebrate the fine work that not only enriches the city, but also makes it more human. 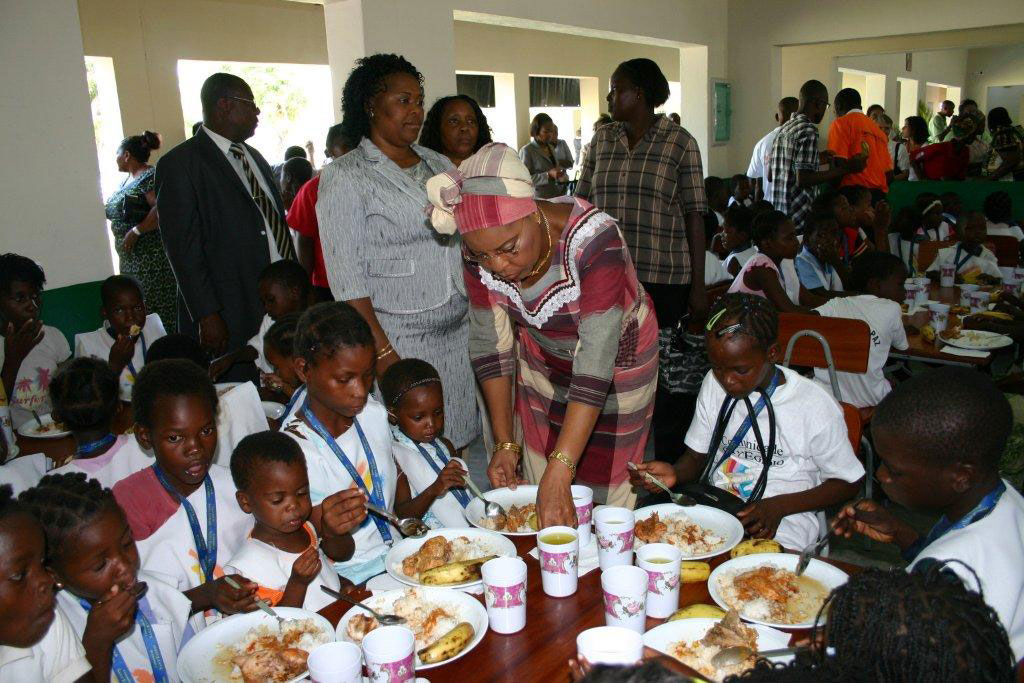 The ceremony was presided by Mrs. Maria da Luz Dai Guebuza, wife of the President of the Republic of Mozambique.
Mrs. Guebuza emphasized that this is a special year for the country since it celebrates the twentieth anniversary of the signing of the Peace Treaty, in Rome, at the headquarters of the Community of Sant’Egidio on October 4 1992.

She also thanked the Community of Sant’Egidio, for having always walked with the people of Mozambique in the struggle for peace, which is the most valuable asset for the country.

Mrs. Guebuza also said that the DREAM program raises the quality of treatment for those who suffer from AIDS, and represents a model for the country in the fight to eliminate the virus, especially through the care of pregnant women and the birth of a generation of AIDS- free children.

Before leaving, the President’s wife wanted to plant a small tree in the nutritional center, as a token of her friendship with the Community of Sant’Egidio.