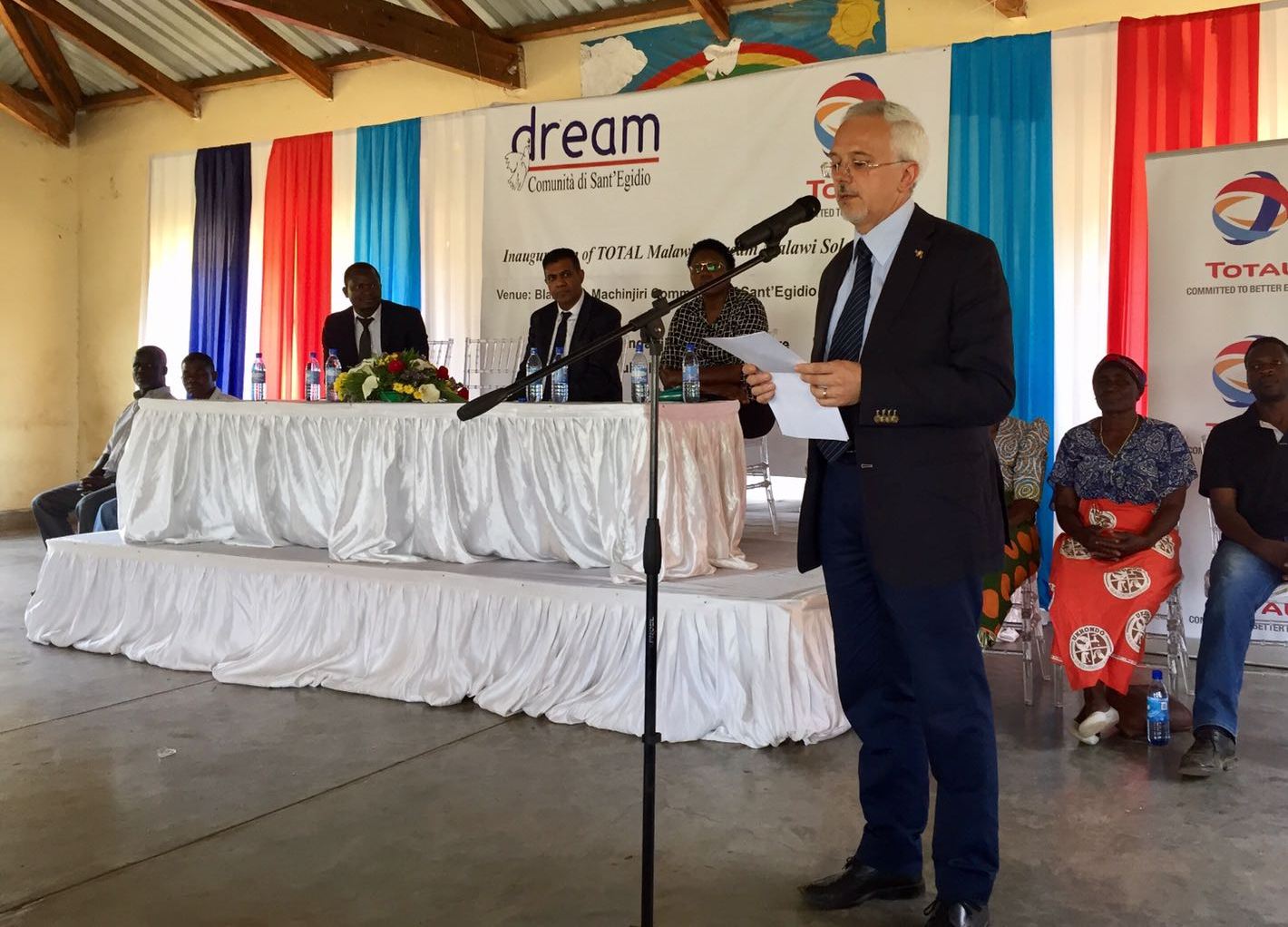 A ceremony was held for the delivery of 7 solar energy systems installed between the second half of 2015 and the first months of 2016, as part of the “A solar DREAM for Malawi” project financed by Fondazione Total through Total Malawi. The ceremony took place in the nutritional center of the Community of Sant’Egidio in Machinjiri, located near Blantyre in Malawi, and was attended by the Manager of Total Malawi, Seggie Kistasamy.
A total of 10 DREAM centers in Malawi have been equipped with a solar energy system in the 3 years of the project, 2 of which have access to an analysis laboratory.
This is good news in a country undergoing a severe crisis. Over the past 2 years irregular rainfall led to famine and unfortunately hunger became a daily companion to many people in these months.
Furthermore structural deficits and incompetent maintenance cause a chronic shortage of electricity in the country. Many areas of Malawi have access to electricity for only a few hours at night, whilst others live in the dark for days. Hospitals, mainly those located in the most rural areas, refuse to carry out emergency surgery or cesarians especially at night, when they risk finding themselves in complete darkness. Water also became a problem, because without electricity it is impossible to pump it from wells to water tanks. This unfortunately leaves health centers with no access to water for days in a row.
Our network of DREAM centers is being affected by this deteriorating situation and solar energy systems are a blessing in order to carry out everyday treatment activities.
Just a few days ago the World Meteorological Organization announced that global CO2 concentrations have reached more than 400 parts per million. This is not good news. The WMO declared 2016 the first year of the “Age of carbon dioxide”.
The songs and dances of gratitude from the women of Machinjiri merge with those of Malawi’s environment, often mistreated by pollution and deforestation.
The 10 solar-powered DREAM centers in Malawi are a small step, but in the right direction.