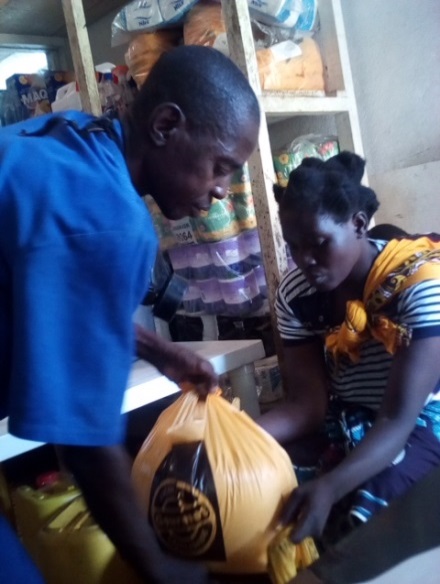 Launch of the DREAM project financed by the Italian Cooperation

The project against famine backed by the Italian Cooperation and implemented by the DREAM program of the Community of Sant’Egidio in Mozambique and Malawi has reached the people afflicted by the drought.
2016 has been a particularly difficult year in Southern Africa, with about 15 million people affected by an ongoing food crisis. The reason is El Niño, which causes an increase of the surface temperature in the eastern and central regions of the Pacific Ocean about every 5 years. It caused a drought with severe consequences on the region’s already fragile agriculture. This led to a poor harvest and a significant increase in food prices, with severe nutritional implications on populations which are already subject to malnutrition. It is for this reason that DREAM started an emergency project thanks to funds donated by the Italian Cooperation, with the aim of fighting the food crisis in Malawi and Mozambique.
An initial food distribution was carried out in Mozambique to patients infected with HIV, who are most vulnerable to malnutrition. In the first month about 270 patients were reached in the DREAM centers in Quelimane, Beira and Manga Chingussura. Each patient received a package containing rice, beans, sugar and oil.
In Malawi, a poorer country and most affected by the drought, the packages were distributed by the DREAM centers in Balaka, Kapire, Dzoole and Kapeni reaching over 1000 HIV+ patients. In just a few days, between 30th September and 1st October, packages were distributed in the villages of Phalombe and Chikwawa. They reached about 900 families selected thanks to the help from the village chiefs and priests who identified the vulnerable families: orphan children, elderly, families with numerous children, single mothers and their children.
The project against famine is the product of the synergy between DREAM, spread out and embedded in the African context, and the donations from the Italian Cooperation. It represents an immediate and efficient response to the needs of the populations of Southern Africa affected by El Niño.