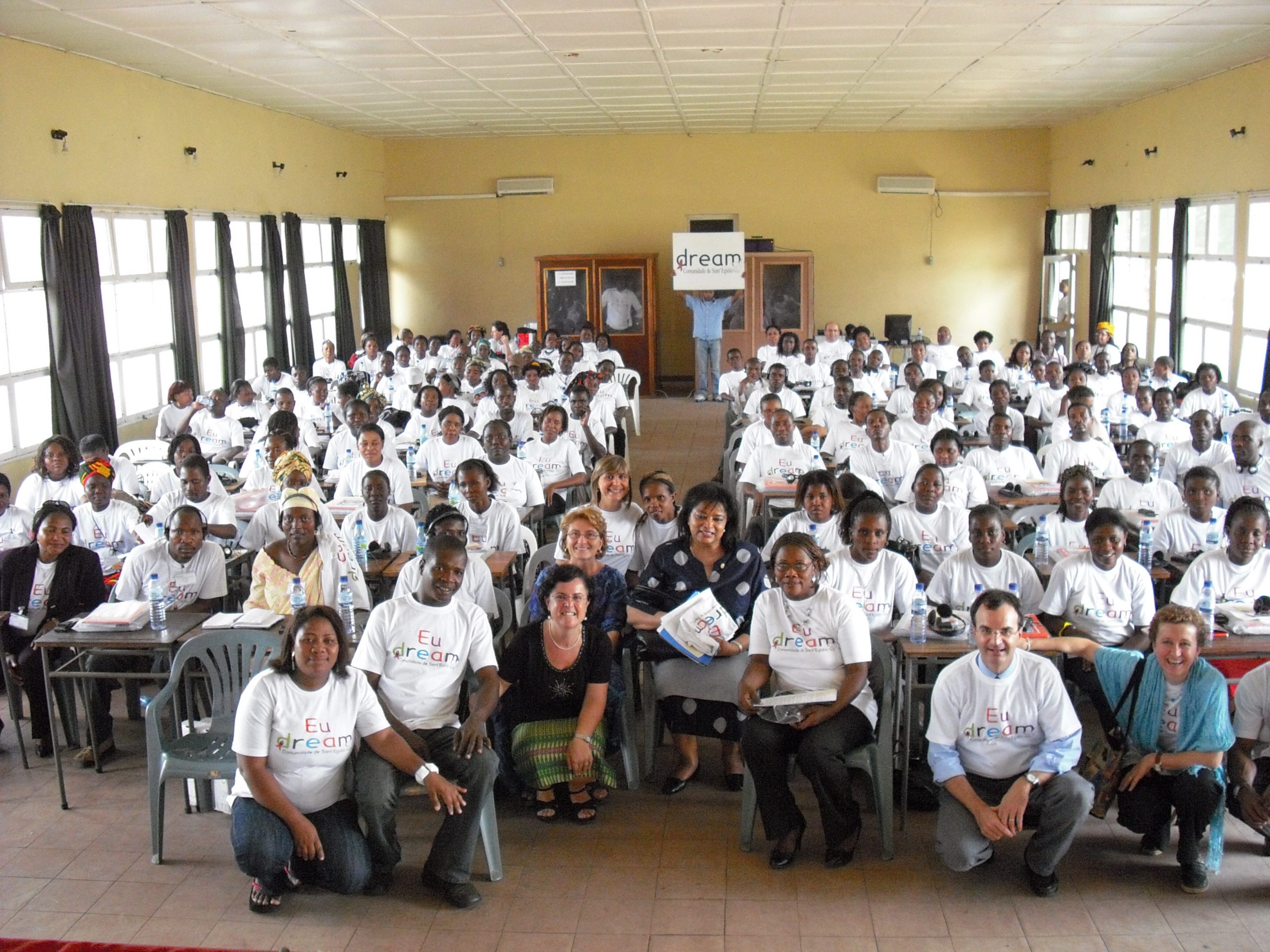 Even today, the world AIDS day 2016, more than 230 people are infected with HIV every hour. The situation is critical in many countries, mainly African, but much has been done and is still being done: more than 18 million people are in treatment all over the world, even though just as many require it and do not have access to it.

Just as Kofi Annan said: “The AIDS crisis has got nothing to do with a health crisis, but still it is a threat to development”. It is for this reason that it needs to be faced with long-term strategies, such as the Community of Sant’Egidio’s ongoing DREAM Program that after 15 years is still fighting AIDS. Sustainability, a very important issue in situations with limited resources such as Africa, has to be tackled from a development point of view and not as an emergency response to a crisis. The figures speak for themselves: about 25.5 million people are infected in Africa, but less than half receive the lifesaving treatment. UNAIDS has recently published data showing how the southern and eastern regions of Africa are home to 19 million HIV-positive people, of which only 54% receive antiretroviral therapy. On the other hand in mid-West Africa “only” 6.5 million HIV-positive people live, but 72% of them do not have access to treatment. Ban Ki-moon stated: “Our challenge is to not leave anyone behind”, but unfortunately currently in Africa more than 13 million people get left behind. Today, the DREAM Program treats 300,000 patients all over the continent.

Personnel are a problem in the African context. Many countries have a shortage of qualified doctors and nurses able to face such a high number of patients. Most European countries have averagely 1 doctor every 250 people. In Africa, where disease strikes hardest, there are very few doctors: in the Republic of Conakry, recently healed from Ebola, there is one doctor for every 10,000 people, in Mozambique one doctor every 37,000 people and in Malawi, among the countries most afflicted by AIDS, there is one doctor every 52,000 people. Many of these doctors were trained by DREAM and some of them work in the program and receive constant training. Since its beginning DREAM in fact has trained more than 5000 people between doctors, nurses, technicians, laboratory personnel, social workers and activists. Considering only 2016, more than 600 experts participated in the training courses organized by DREAM in 12 African countries.

DREAM means also on-the-job training, supervision, support, e-learning. Over the years DREAM’s personnel in Africa – thousands of health workers – have received continuous training: for 15 years now European specialists supervise (on site or at a distance), support and train the African colleagues. Thus specialized knowledge was shared in many countries and a generation of African experts developed, able to offer a top quality health service. Such expertise remains in the continent and guarantees its development.

Furthermore, also thanks to the cooperation with Global Health Telemedicine, a specific telemedicine platform has allowed to expand the network of doctors to about one hundred European experts. They offer medical consultancy made available in just a few hours, provide electrocardiogram and electroencephalogram reports, give therapeutic advice for diabetic patients and generally contribute with their expertise. This network, apart from offering a high quality health service for its patients, is an on-the-job training opportunity for African experts who receive their advice.

For years DREAM has invested on African personnel to effectively face the delicate subject of sustainability for treating AIDS. It is a shared knowledge which spreads and grows and allows healthcare systems to adequately tackle the epidemic. Yet it is also something bigger, a gamble on Africa’s future, centered on African personnel but based on a Euro-African alliance.

Ambito
Total invests in clean energyToday’s global approach to AIDS and its related diseases: a challenge to accept
NEWSLETTER