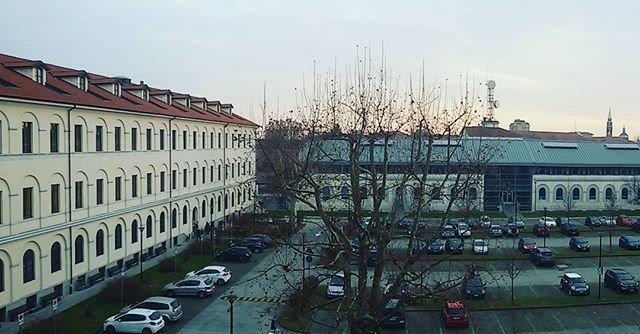 An interesting educational activity called “Benefit sharing and global health. Towards a model of inclusive excellence” took place in Novara over the past few days, during a course of the International Master’s Degree in Medical Biotechnology taught by Professor Gianluca Gaidano. More than 40 students from the course attended the activity, but also graduates and a few students from the Medicine course. The students, coming from 4 continents besides Europe (in fact many students from Asia and some from Africa and America were present), attended the offered lectures and followed up and discussed a few topics in work groups, following the “Oxford-type debate” method.

The goal of the Conference was to consider the limits and application of biomedical research from a global prospective, and to discuss their employment in terms of benefits for all those who are in need of it. Raffaella Ravinetto (PhD, Dept. of Public Health, Institute of Tropical Medicine, Antwerp, Belgium) held an important lecture on “Ethics of benefit sharing in biomedical research”, while the DREAM Program of the Community of Sant’Egidio was treated as a model of inclusive excellence, as it offers an invaluable example of the approach to global health, especially in countries with limited resources.

Richard Luhanga, a graduate student at the University and national manager of the DREAM laboratories in Malawi, illustrated the technological advancements developed by the Program in Africa and particularly their benefit in terms of expanding the population’s access, including rural areas, to diagnostic tests and the monitoring of the disease.

Biomedical technologies have in fact a great chance of improving the diagnostics and treatment of many diseases. Such potential must face the challenge but also the opportunity that the benefits of biomedical research be truly shared with all those who are in need of it. This falls in line with the Sustainable Development Goals 3.8 which hope to achieve quality drugs and vaccinations, both with costs accessible to all.

DREAM was founded to allow for an antiretroviral therapy on par with the same criterion of excellence implemented in western countries also in Africa, where the majority of disease incidence lies. Its results show how this can in fact be achieved, rendering the benefits from treatment and drugs accessible also in countries with “low and middle income” and in difficult contexts. These benefits may as well be studied and tested in these same contexts, but at the same time are often not accessible to all those in need.

The interest and enthusiasm with which students participated in the activity and in the debates show how important it is to share the challenges won, but also those coming from continents such as Africa, which is often seen as a country of need and not of opportunity. Through the ADO work groups, DREAM’s pedagogy was perceived by the students as an innovative model “branded” Africa, from which the method of carrying out biomedical research stands to gain a lot. In fact those who are starting out in the world of biomedical research will be called through their work to study innovative solutions, open new roads and render the impossible, possible. In this sense the DREAM Program represented an example, with its mixture of vision and commitment, to affirm, together with Nelson Mandela, that “it always seems impossible until it’s done”.

Ambito
The DREAM Program at the Assembly of the Mozambican RepublicDREAM 2.0: Prevention and treatment of cervical cancer
NEWSLETTER