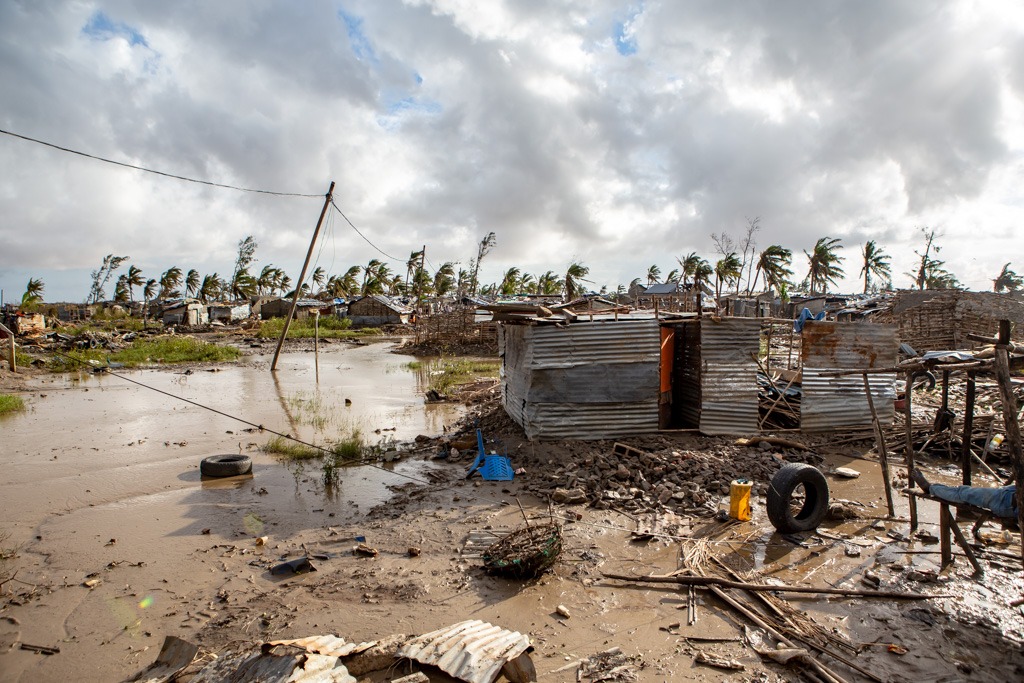 HomeDREAMThe devastation caused by the cyclone Idai. The testimony of a volunteer from Beira.

Testimony of Fabrizio Graglia, a volunteer with the ESMABAMA Association that the Community of Sant’Egidio’s DREAM programme collaborates with.

Mozambique, March 18th. Four days after the cyclone Idai hit the country, I managed to leave Beira and get to somewhere that had an internet connection.

The Sofala province has been totally devastated. There is no electricity, the telephone lines are down, no petrol and above all, no food or drinking water. The schools, offices and hospitals that are still standing have become a refuge for the hundreds of families that have lost everything. The roof over the Beira Central Hospital fell in: 5 new born babies and over 160 sick people died either because of the lack of electricity or because the building collapsed.

The storm lasted 20 hours. The wind struck at a speed of 230 km/h: the air conditioning condenser units were torn off the walls and hurled onto the roofs of the neighbouring houses, no doors or windows were able to withstand the violence of the hurricane. The roofing sheets flew into the houses like blades, we used mattresses as shields to avoid being hit by objects and window panes. Pets were thrown into the air and left hanging on branches or got stuck in the rubble.

Whole villages have disappeared together with their inhabitants. Many districts, like Buzi, Chbabava and Marromeu are totally isolated, and the death toll is expected to rise as are the risks of disease from the dozens of corpses floating in the Pungue and Buzi rivers.

At night in Beira, groups of people wander around and some of them are looters: there is much more violence and people and damaged and abandoned houses are being robbed.

The torrential rain has not stopped and if it continues over the next few days, the rivers will overflow again.

I am dismayed and shattered by this Dante-like scenario, I still see the panic in the faces of people who are afraid for their lives and the lives of the people they love.

Support our fundraising to help the people affected by the cyclone

Ambito
DREAM STRENGTHENS ITS COMMITMENT TO THE RIGHT TO HEALTH IN THE DEMOCRATIC REPUBLIC OF CONGOMalawi, G.R.A.S.S. project: the first fruits of their work in the 30 community vegetable gardens in the south of the country
NEWSLETTER