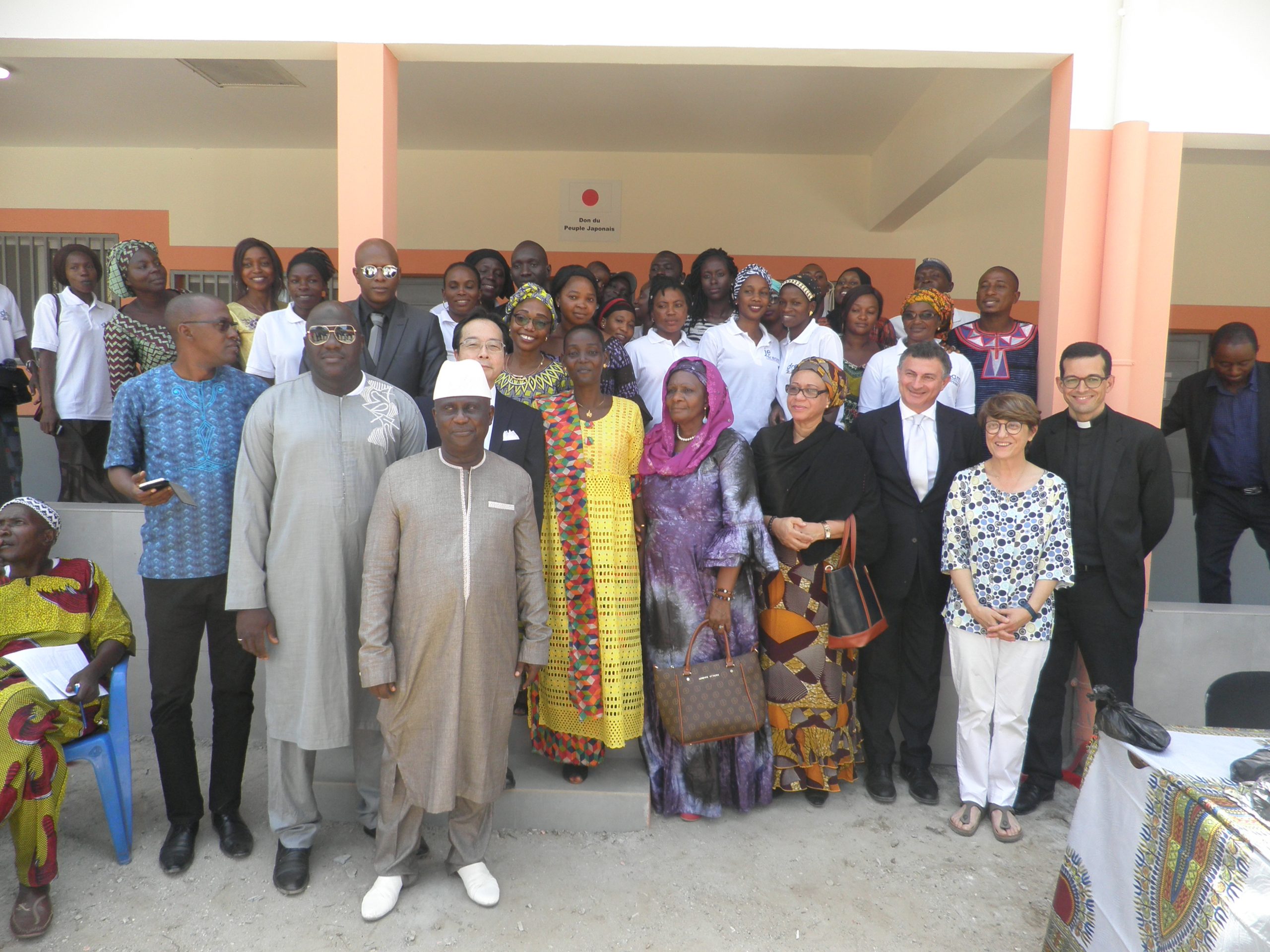 A new Community of Sant’Egidio DREAM programme health centre has been inaugurated in Dubreka, a rural town in Guinea Conakry. The centre was built thanks to funds from the Embassy of Japan in Guinea Conakry and the Italian Agency for Development Cooperation provided the equipment.

This is the first 100% solar energy DREAM centre: it is not connected to the national electricity grid and has no generators. It has a photovoltaic power system whose capacity it will be possible to expand in the future as necessary.  There is a well that provides a water reserve in two tanks, and the pump works with solar energy. There was soon also be a public fountain, so the healthcare centre’s water reserve can be used by the surrounding population too.

The inauguration took place a year after the agreement between the Embassy and the Community of Sant’Egidio was signed. The event was attended by the new Japanese ambassador Hideo Matsubara, the UNAIDS representative for Guinea Conakry Dr. Dado Sy Gnakassi, the town mayor El Hadj Alseny Bangoura, the leaders of all the districts and the local people.

Japan had supported the construction of many schools in Conakry and other parts of Guinea and had also cooperated in agricultural development programmes, but this was the first healthcare centre that they funded in Guinea. Japan had already collaborated with the DREAM programme in Mozambique, with the construction of the Matola and Zimpeto centres.  The Japanese ambassador to Guinea stated that “Support in improving basic healthcare services is one of the pillars of the Sixth Tokyo International Conference on the Development of Africa”. DREAM opened a small satellite centre in a rented house in Dubreka in 2011. This was set up to bring treatments to patients who do not live in the capital, where DREAM has had a molecular biology laboratory since 2006. The new centre, which already assists 300 patients, is a starting point in this prefecture, it aims to be open every day and to set up a small laboratory with equipment for blood tests, biochemistry and analysing patients’ immunological condition.

The centre is a new opportunity for the Community of Sant’Egidio’s DREAM programme to spread the culture of the right to health in rural areas. The healthcare centre will carry out awareness-raising activities in the area, also thanks to the activists who are already working in there and to the determination of the coordinator Seny Lamah, who is also a testimony of how it is possible to overcome AIDS and change one’s life by putting it at the service of the sick and the weak. She was interviewed by the state television and took the opportunity to encourage everyone not to be afraid of the disease, especially the women: “when I met DREAM and my daughter was born healthy, I realised that everything can change and that you don’t have to be afraid”.

The mayor of the town, El Hadj Alsenzy Bangoura, who is proud to have the healthcare centre in his municipality, said “It is essential to raise awareness among young people. We will help you spread the news about this centre among the people”.

Ambito
Malawi, G.R.A.S.S. project: the first fruits of their work in the 30 community vegetable gardens in the south of the countryBangui – A new health center of the DREAM Program
NEWSLETTER