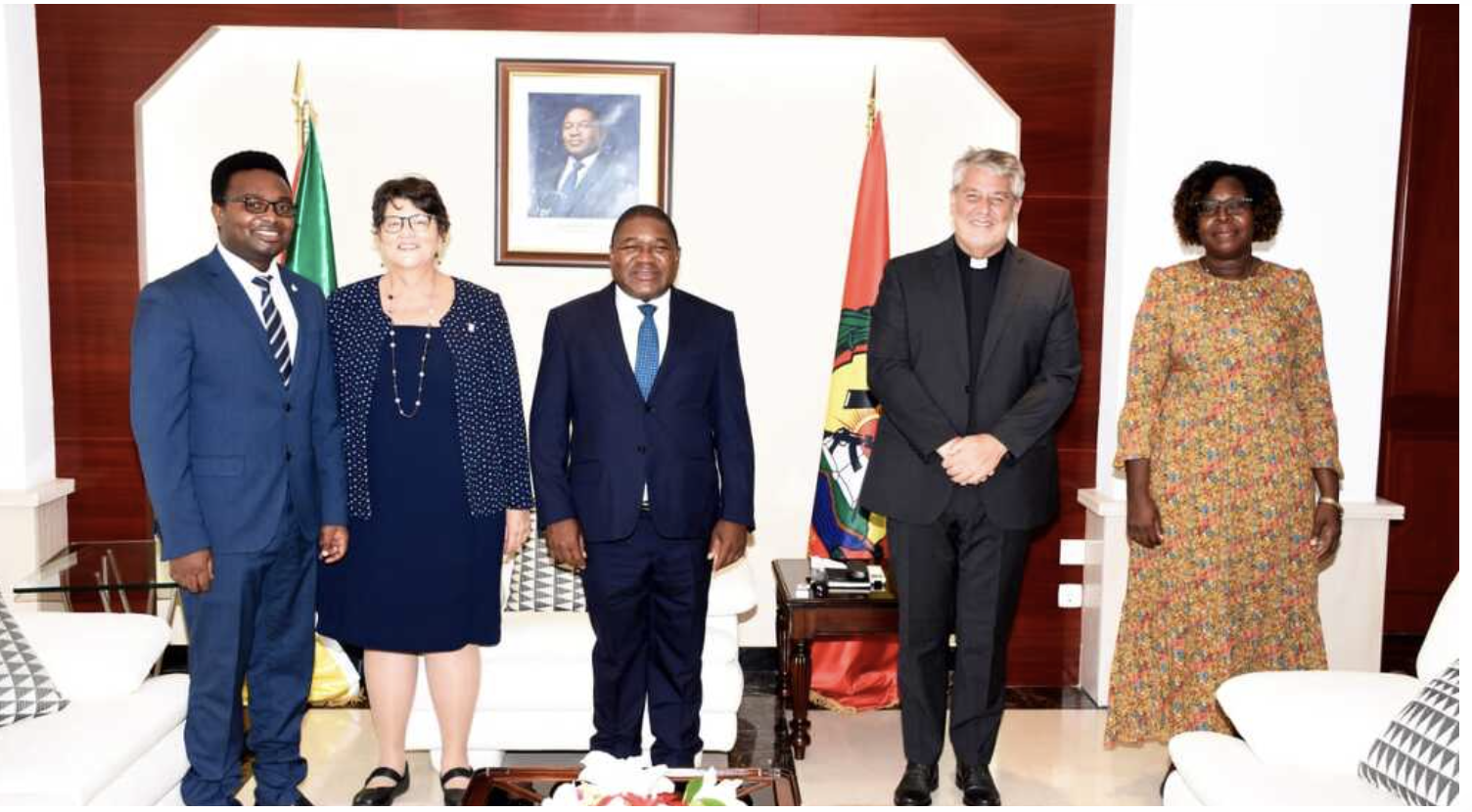 A delegation of the Community of Sant’Egidio was received on the morning of 26 January by the President of the Republic of Mozambique, Filipe Jacinto Nyusi.

During the conversation between the President and the Italian and Mozambican representatives of the Community, several issues were addressed: the incidence of the Covid-19 pandemic in the country and the measures to counter it; humanitarian aid to the displaced by terrorism in northern Mozambique; health interventions for the refugees of Cyclone Idai in the region of Beira and Sofala; the celebration of the 30th anniversary of the General Peace Agreement, next 4 October.
Specifically on the issue of the pandemic, the delegation, after expressing appreciation for the measures taken by the Mozambican government to control the contagions, expressed the full willingness of Sant’Egidio to continue to support the vaccination campaign by offering the possibility to set up vaccination hubs open to the population in Dream centres, where covid vaccinations have already been administered in recent months.

These are 12 centres spread across the country. The opening of these centres as vaccination hubs will significantly increase the country’s capacity to deal with the pandemic.

The President of the Republic particularly welcomed this proposal for further Community engagement in the fight against Covid, assuring the Government of its support. “You are working peacefully and enjoy the confidence of the population,” he said.

Ambito
Mozambique, the Olga Story: from the fight against HIV to the importance of counselling and vertical preventionVisit of the National Director of Guinea’s HIV programme to the DREAM Centre in Fassia
NEWSLETTER