In May, the DREAM Programme offered food support to the population of the Chimbabva district gripped by a major food crisis.

In Mozambique, in the district of Chimbabava, Province of Sofala, a remote area that is difficult to reach except after many hours of driving from Beira, there are the three DREAM Centres of Mangunde, Estaquinha and Barada, a reference point for a large rural area of the country.

It is here that doctors, nurses and DREAM activists carry out excellent health and patient care work. Many of them, in order to be visited and to be able to collect their medicines, travel many kilometres, even going so far as to walk all night long.

The DREAM centres of Mangunde, Estaquinha and Barada are surprising for their capacity to welcome people and for the home care that the activists practise by moving between the various villages by bicycle.

In these settings, patients feel reassured and well cared for.

This area suffers from severe food insecurity, caused in large part by the effects of climate change: lack of rainfall causes severe droughts.
In 2019, before Cyclone IDAI, the area suffered from a lack of rainfall, then after the cyclone the situation worsened enormously.

Food shortages have drastically increased, drought has destroyed crops and livestock is now decimated. Small farmers, who cultivate barely enough land to feed their families, have suffered.
In addition, the disappearance of crops has increased food prices, making it difficult to buy food.

Further complicating the situation is also the war in Ukraine.

Aid from humanitarian organisations, which used to support this population, is now unable to maintain food support.

The DREAM Programme has responded to this emergency with the distribution of food: food parcels dispensed to frail patients, malnourished people and those suffering from tuberculosis.

The May distribution will reach 300 patients and their families, and another is immediately planned for the coming months.

The three DREAM Centres of Mangunde; Estaquinha and Barada are celebrating, food is a therapy: Isabel, a patient of the centre, said: “Today I feel better, DREAM loves us and takes care of us, he brought us the therapy, the vaccine and today a food parcel…. thank you DREAM’. 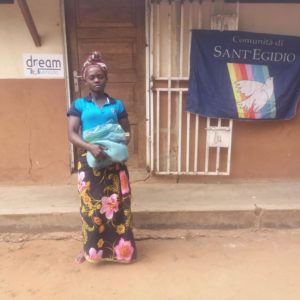 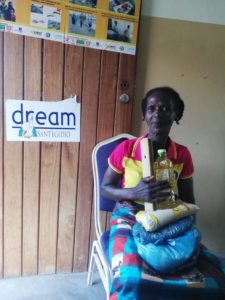 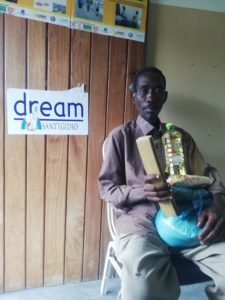 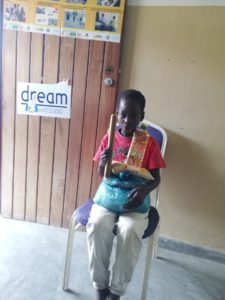 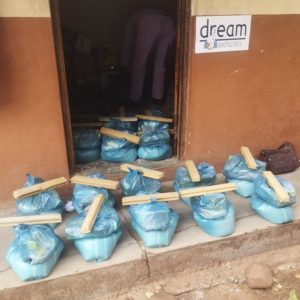 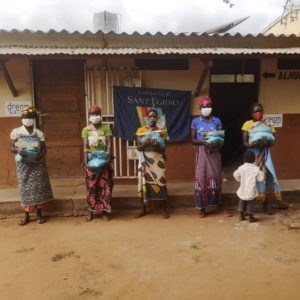 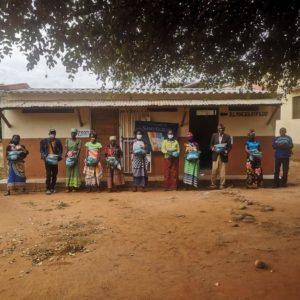 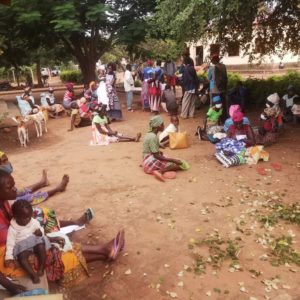