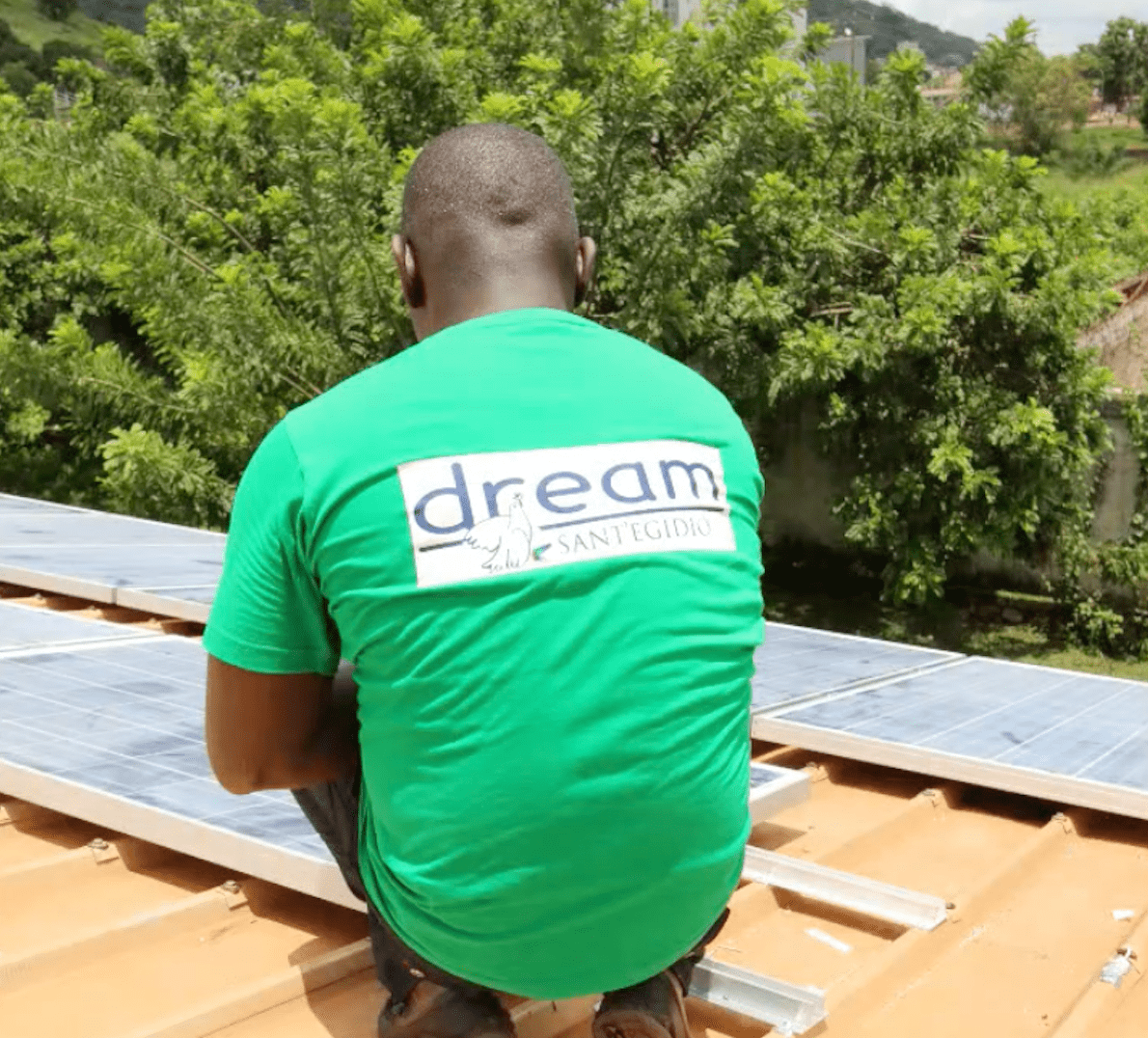 The global energy crisis and the very low refining capacity in Africa make the continent totally dependent on imports.

The poor quality of the electricity supplied by the national system reports continuous voltage fluctuations, resulting in frequent damage to medical equipment.

But in Bangui, the capital of the Central African Republic, the DREAM Programme has managed to set up a second photovoltaic system, reaching a total production of 37 kWp of installed photovoltaic power, making the DREAM clinique almost completely autonomous.

From Malawi to Mozambique to Tanzania, Kenya, Guinea Conakry, Democratic Republic of Congo and, indeed, Central Africa, there are many centres in the programme that have been completely or partially ‘solarised’.

In particular, the solar plant in Bangui carries a beautiful story because, the design and construction of the plant, have an all-African origin.
Dictatorship and war in Central Africa have kept the country in a state of great backwardness and it is difficult if not impossible, to date, to find engineers and technicians qualified to install solar power plants of a certain power. However, over the past few years, in the not too distant Kivu (in the Democratic Republic of Congo), the Community of Sant’Egidio, in the framework of an Italy-DRC cooperation in the environmental field, has organised high-level theoretical-practical courses in the design and construction of solar energy systems, thanks also to the support of the Turin Polytechnic and the Catholic University of Bukavu.
Yves and Benjamin (two electrical engineers) led the Central African-Congolese team in Bangui that planned, assembled and started up the new solar power plant.
The work was completed last week, but Yves and Benjamin are continuing to monitor the performance of the system remotely, modifying the operating parameters and studying its utilisation and consumption in order to adapt and optimise it to our needs.

In Bangui, the Clinique DREAM’s electricity supply is super stable, diesel consumption is reduced to a minimum and the earth thanks us.

Ambito
Ecological gardens in Malawi provide treatment for AIDS patientsThe story of Elena and Ilaria, volunteers at the Beira and Matola Escolinha in Mozambique
NEWSLETTER