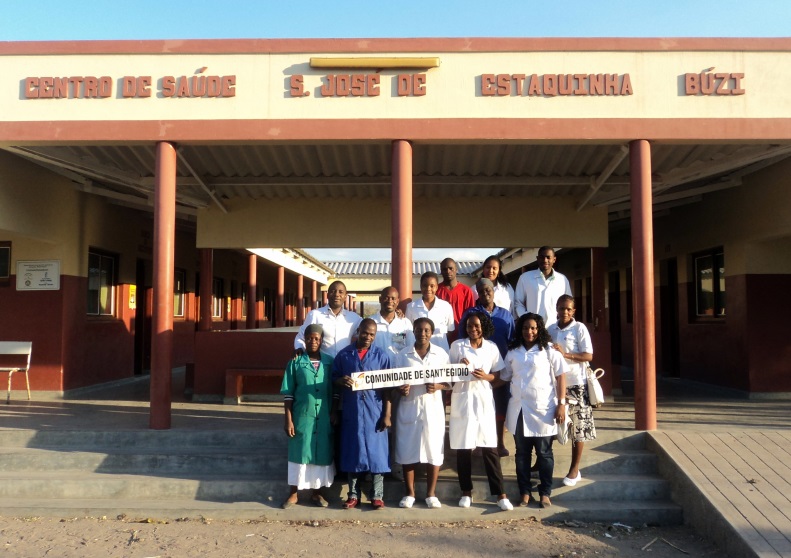 HomeDREAMMozambique: DREAM 2.0 in Estaquinha for the health of women afflicted by HIV

The health and promotion of women is one of the main objectives of the DREAM 2.0 program, with which the Community of Sant’Egidio has not only worked towards improving healthcare particularly for HIV-positive women, but has also turned them into unique protagonists in counseling, peer education and in the fight against stigma, with the strength of their testimony and their role in the African society. In consideration of this important goal the project “Saving HIV-positive mothers in Mozambique” has developed over these past three years, supported by the Merck for Mothers program, and will end on the 31st of October 2015. Among the most important results is the beginning of the activities of technical assistance of the DREAM program at the Estaquinha health center, in the province of Sofala.

Over these three years more than 600 doctors, nurses, technicians and Mozambican biologists were trained in order to improve the services offered to thousands of pregnant HIV-positive women that live in the area of Maputo, Matola and in the provinces of Sofala and Gaza.

One of the challenges of the project was involving as much as possible the human resources and the health and assistance centers of the Mozambican National Health Service, in order to address the need of specialized sanitary workers in contrasting the HIV/AIDS epidemic and particularly the mother-child health. Alongside 7 DREAM health centers, three public maternities from Chalocuane, Macìa and Chicumbane have been involved.

At the beginning of 2015, a fourth public maternity has been identified in the province of Sofala, where an integration process can be activated between pre-natal services, mother-child care and the program for the elimination of the mother to child transmission of the HIV virus (EMTCT). The Estaquinha health center is located in the Bùzi district and is managed by the Mozambican Ministry of Health and by an association called ESMABANA. Located about 180 km from the city of Beira, the district is home to about 35,800 inhabitants, mostly workers in the agricultural and fishing industries. Also due to the low literacy rate, there are many precocious pregnancies and many cases of HIV, tuberculosis and malaria. This maternity in 2014 had assisted about 1,350 births. The Mozambican Government’s new plan to fight HIV/AIDS includes the introduction of health points, where besides offering basic health care, other services are offered in the same place for people living with HIV/AIDS, with the purpose of simplifying access and expanding the coverage of the antiretroviral treatment.

In April 2015, as had happened with all the other centers involved in the project financed by Merck for Mothers, after an analysis of the educational needs of the workers and the equipment of the rooms assigned to the EMTCT, the training activities of the personnel began. The main subjects were linked to the WHO guidelines regarding HIV-positive pregnant women, to the use of the program for the management of patients and collection of data, DREAM-S, and the integrated approach of the Community of Sant’Egidio towards a disease such as HIV (nutritional supplement, high quality diagnostic screening, psycho-social support).

In August 2015 the actual treatment activities began under the technical supervision of a team from the DREAM center in Beira composed of clinicians and expert clients. For two weeks the supervisors oversaw the welcoming activities for pregnant women, test and voluntary counseling, launch of the EMTCT program, diagnostic screening, activities for the control of adherence and retention to the program. In two and a half months of activities almost 300 women have been tested and 34 have entered the EMTCT program, having been found HIV-positive.