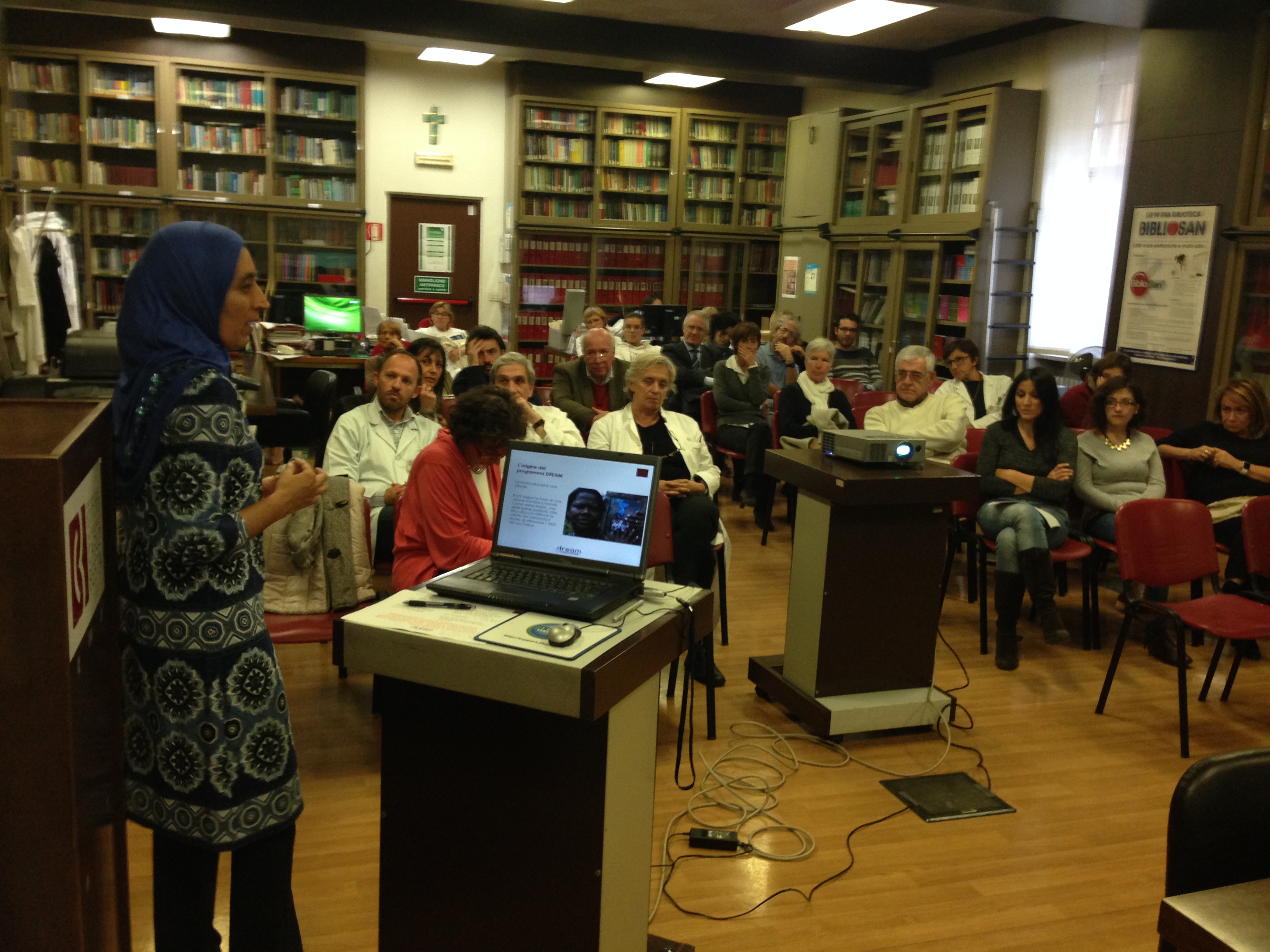 On 27 October a conference was held by Dr. Noorjan Abdulmajid, the clinic responsible for the DREAM Program of the Community of Sant’Egidio in Mozambique.

The conference took place within the traditional scientific seminars of the Besta Neurological Institute Foundation of Milan, in which the most important Italian and foreign researchers present the current state of the most prominent scientific and medical studies.

Various head physicians from the Besta Institute participated in the conference, along with the general manager, Dr. Franco Navone, and the vice-president of the Mariani Foundation, Dr. Luisa Bonora. The conference is placed within the collaboration, which has been active now for many years, of the Besta Foundation with Mozambican hospitals and structures.

One of the most important projects developed over these years was the alliance between the Besta Foundation and the Pediatrics Ward of Maputo’s Central Hospital, started in May 2008 through the DREAM Program, aiming to launch a pediatric neurology service in Maputo’s main hospital. A similar service did not exist, and several children suffering from severe neurological problems received an imprecise assistance, as it was impossible to carry out an EEG and therefore to obtain specific diagnostics. The region of Lombardy, the Besta Foundation and the Mariani Foundation financed the project.

Four training courses were held in Maputo for the hospital staff, with frontal lessons and drills in pediatric neurology, while other personnel received a training period at Besta, specifically:

The training activities have allowed to launch the pediatric neurology service in Maputo and its activity is being assisted from abroad by specialists of the Besta Foundation.

Moreover The Mariani Foundation has financed the development of teleneurology for the transmission of the electroencephalography videos. The possibility of sending EEG graphs from Africa to Italy, asking for consultations and receiving them in a short time has been a valid support for the Mozambican personnel, who have acquired new skills and knowledge regarding the neurological problems of children.

The new pediatric neurology service remedies a real need of the population, since between 2010 and 2013 there were 1033 hospitalizations and 2897 clinic visits; 70% of children who were visited have undergone an electroencephalography, and 50% of them were diagnosed with epilepsy.

There are many touching stories of the little patients, some of which were recounted during a day organized on 29 September 2015 in Milan by the DREAM Program of the Community of Sant’Egidio and by the GHT (Global Health Telemedicine), dedicated to the prospects of telemedicine and the medical cooperation between Italy and African countries. During the day the challenges and new prospects for the coming years were mentioned, such as the extension of the pediatric electroencephalography service to other Mozambican cities, the training of new medical personnel, and the strengthening of the diagnostic and therapeutical capacities of the pediatric neurology service of the Central Hospital of Maputo.

During the conference it was also highlighted how this North-South cooperation experience also deeply enriches the Italian professionals who participate to it.