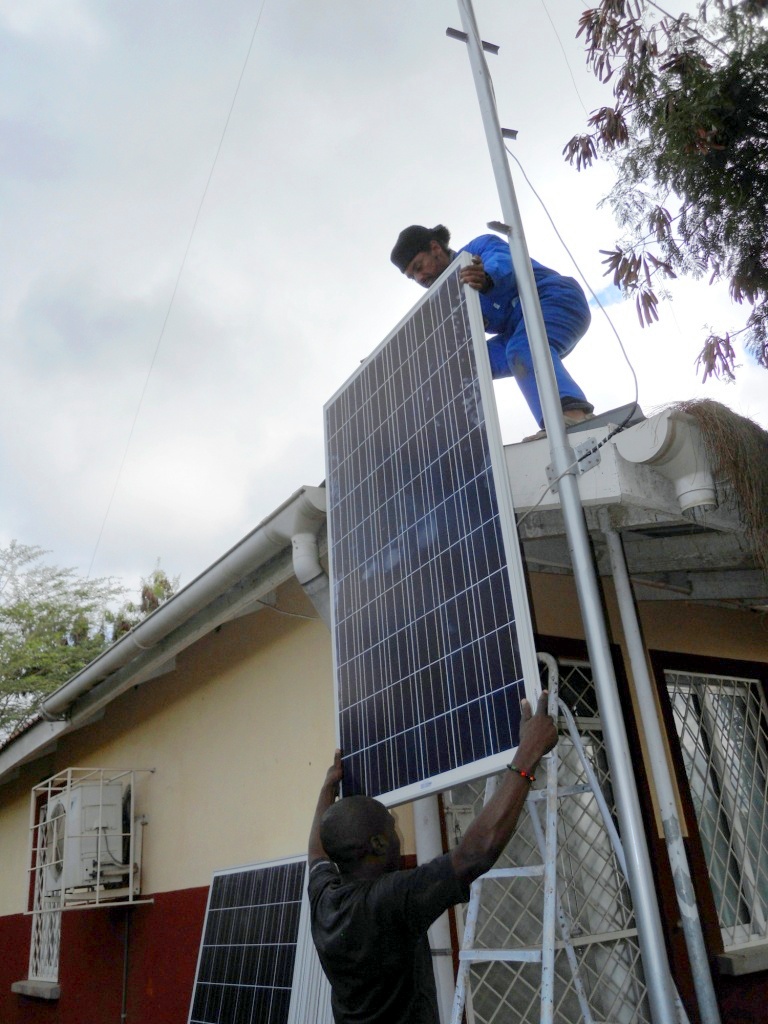 DREAM 2.0’s “solar” installations are going well and in Tanzania the renewable energy reconversion of the DREAM centers and laboratories of the Community of Sant’Egidio have also begun.

At the DREAM center in Usa River, about 20km from Arusha in Tanzania, the installation of a new solar/hybrid energy system (provided with a storage system) has just been completed.

Our Tanzanian installers were quick and efficient, having in only 3 days positioned the photovoltaic panels, connected the inverters and batteries, and modified the existing switchboards so that all of the essential services of the laboratory and the DREAM health center were powered by solar energy.

It is a real bargain both economically and environmentally. We estimated a 70% decrease both in the use of the diesel generator and in the release of harmful emissions in the atmosphere.

Usa River’s “solar” couldn’t have come at a better time. Tanzania is going through a moment of crisis in the production of electricity. At the beginning of October, all of the hydroelectric plants in the country were closed due to the absence of water (http://www.bbc.com/news/world-africa-34491984).

Never before had such an event occurred. Climate change is evident…and unfortunately our DREAM center in Usa River has been severely affected by it. In October, the diesel generator suffered from constant blackouts, working nearly 200 hours over the whole month.

Karibu nishati ya jua…Usa River welcomes solar energy. It has arrived at the right time and we hope that it will soon reach the other DREAM centers in Tanzania.