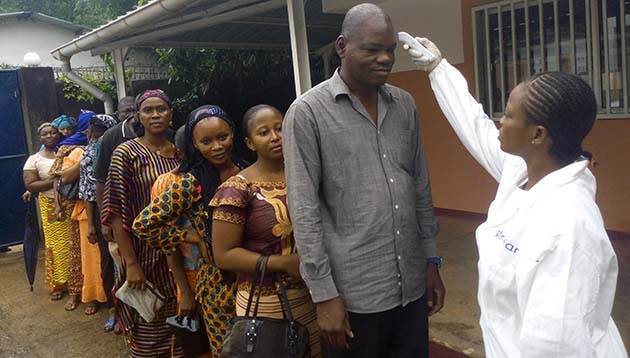 The Ebola epidemic in Africa recently ended. Besides having been a tragedy for the countries it affected, it raised many issues regarding public health and focused attention on the emerging pathologies. Climate and environmental changes in many parts of the world are changing ecosystems, provoking an unseen proximity between humans and animals, who used to live separately. This was probably the cause of Ebola, along with many other emerging infections.

A recent study published on the American Naturalist by Kate Jones and her colleagues at the University College of London, reintroduced by the Economist, focused on infections – known as zoonoses among experts – transmitted from animal species to humans. Particularly studied were the viruses belonging both to humans and bats (probable source of the Ebola virus). A map was then created showing parts of the world in which bats and humans share the majority of the virus (and therefore a higher risk of the development of new zoonoses). Africa, followed by south-east Asia, is the region most at risk. The massive interventions in thousand-year old ecosystems currently happening are only worsening the problem, creating mass migrations of animal populations (a phenomenon partly occurring in bats) and creating new proximity situations between animal species who could potentially lead to the development of new zoonoses.

Experts were already worried about the possible risks that could come of this, but the recent Ebola epidemic has drastically shown how today, in a world characterized by fast communication and connections, health problems are never only a local problem, but an increasingly global one.

Today, global health needs to be the goal to strive for in order to effectively counter the emerging health problems. This is also one of the reasons why DREAM became DREAM 2.0: an even more ambitious dream, a global dream.

The challenge of Global Health

Ambito
DREAM activists with the elderly for the Mercy Christmas14 million people are at risk of starvation in Africa. DREAM and the fight against malnutrition
NEWSLETTER