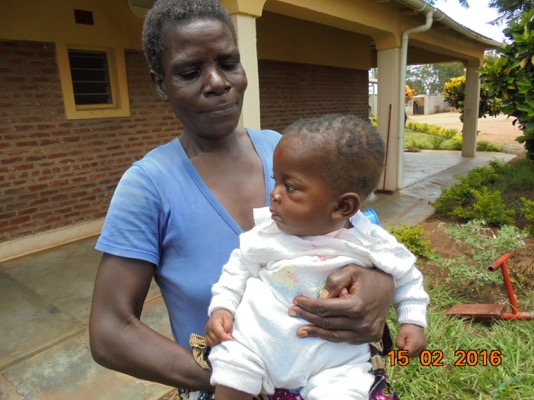 Growing up in a poor country is not easy. Death often occurs precociously due to malaria, pneumonia, diarrhea, malnutrition, AIDS and many other diseases which are not a threat in the western world. Infant mortality in Italy is of 6 in 1000, while it reaches 79 in Malawi. A worrying fact! An unacceptable situation that DREAM did not ignore.
We treat the mothers in order to save the children.
Over these past 10 years more than 70 thousand pregnant women were visited for screening and 9000 children were born healthy from HIV-positive mothers (98% of all accompanied pregnancies) thanks to the DREAM Program.

The result is a paradox: women who deliver within the DREAM Program and who are technically “disadvantaged” due to being afflicted by AIDS, have a higher chance than others of giving birth to a healthy child, thanks to the antiretroviral therapy and the regular check-ups, but also of living a healthy life themselves.

Even the children encountered by DREAM who were born HIV-positive, because they did not have access to preventive care, are treated and live a healthy life: they are more than 1000.

A big part of the daily fight for the life and the health of the children is also the health and nutritional education, carried out every day by the specialized personnel and the activists through their lessons in the DREAM centers and in the villages.

The perseverance in caring for each child bears great results.
Maxwell, an infant from a rural area near Balaka, had a premature birth and did not return to the following meeting for the check-up.

The center’s operators went looking for him and found him with his grandmother, who is a widow. His mother died in the hospital a few days after he was born due to complications during birth.
Maxwell’s fate seemed decided. His grandmother only managed to give the boy water and rarely some milk, not only because of poverty, but also because of a dangerous food crisis which resulted from a drought.
We immediately began feeding him some artificial milk, as he was in a severe state of malnutrition.
After a few months, as seen in the pictures, Maxwell is unrecognizable and his grandmother cannot find the words to express her joy and gratitude.
Also for Maxwell “DREAM IS LIFE”, as said by the coordinator of the center in Balaka, who sent us the pictures.