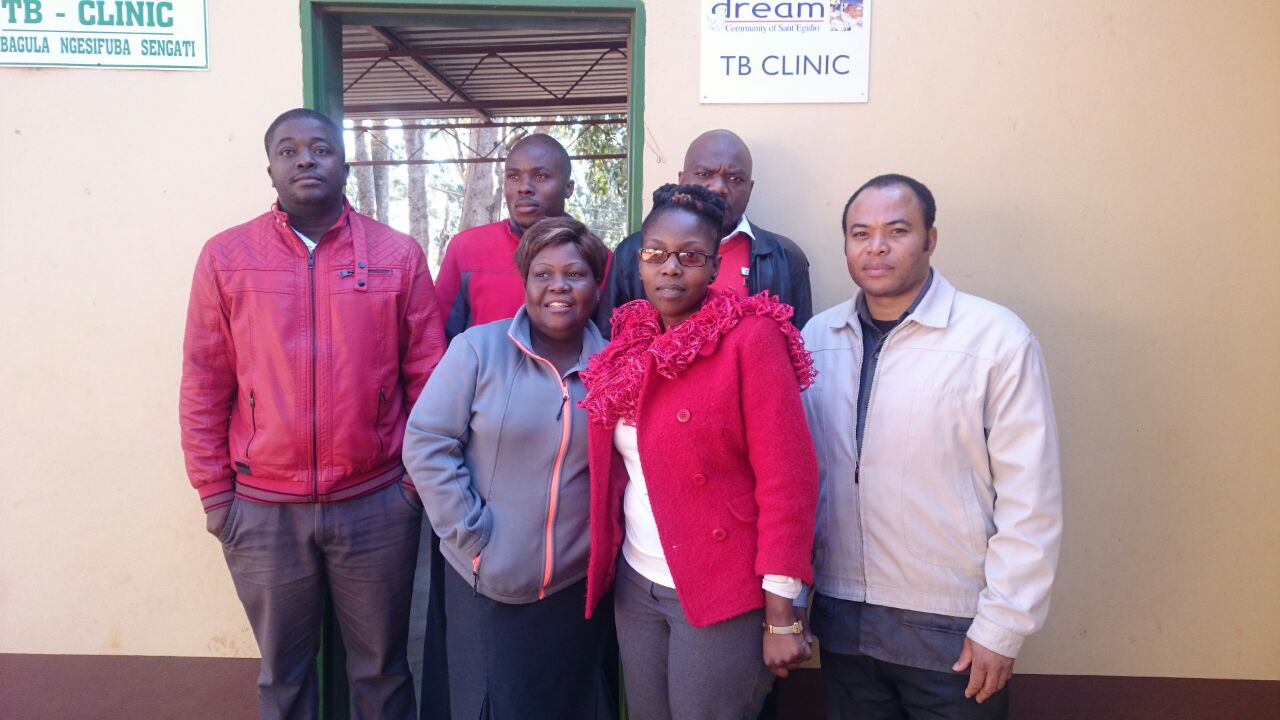 HomeDREAMDREAM grows in Swaziland, and it shows!

The DREAM patients in Siteki, the administrative center of the Lubombo district in Swaziland, are now almost 1500. It is the only town located on the road between Mozambique and Manzini, the country’s historic capital. The Good Shepherd Hospital, with which the DREAM program started collaborating in the past year, is located in Siteki’s small center, surrounded by a street with shops, a hotel, a restaurant and a few grazing cows. The hospital boasts many years of activity and active services, but over the years has been battling with an increasing difficulty the HIV infection, which has almost a 30% prevalence in the country.
It is for this reason that in the past months it has adopted the DREAM model for the treatment of the HIV infection, the prevention of the mother-child transmission of the virus, treatment of TB and malnutrition control. The DREAM software supports the work of doctors and nurses and helps the coordinators handle the patients’ retention. Today, after a few months of having implemented the DREAM program, the center is treating more than 100 pregnant women, 1500 HIV-positive patients and about 100 patients afflicted with multi-drug-resistant tuberculosis (MDR-TB).
But there is much need for help. The majority of the Lubombo district’s population lives in the countryside: of more that 230,000 people, only 4,100 live in Siteki, while the rest in the region’s hill country. Of Swaziland’s four districts, Lubombo is the least densely populated, with only 38 people per square kilometer.
The high prevalence of HIV is preoccupying: almost one in three people are infected. The challenges linked to the precarious conditions of life in the countryside and the difficult connection with health services later require interventions that give special care to the problems of retention and adherence: making sure that no patient is lost and abandons the treatment. This is one of DREAM’s key strengths, which is now helping the patients in Swaziland.
It is a big challenge. Many patients are being treated and it is estimated that their numbers will grow exponentially in the coming months. DREAM grows in Swaziland and, thanks to the measures adopted, it shows!