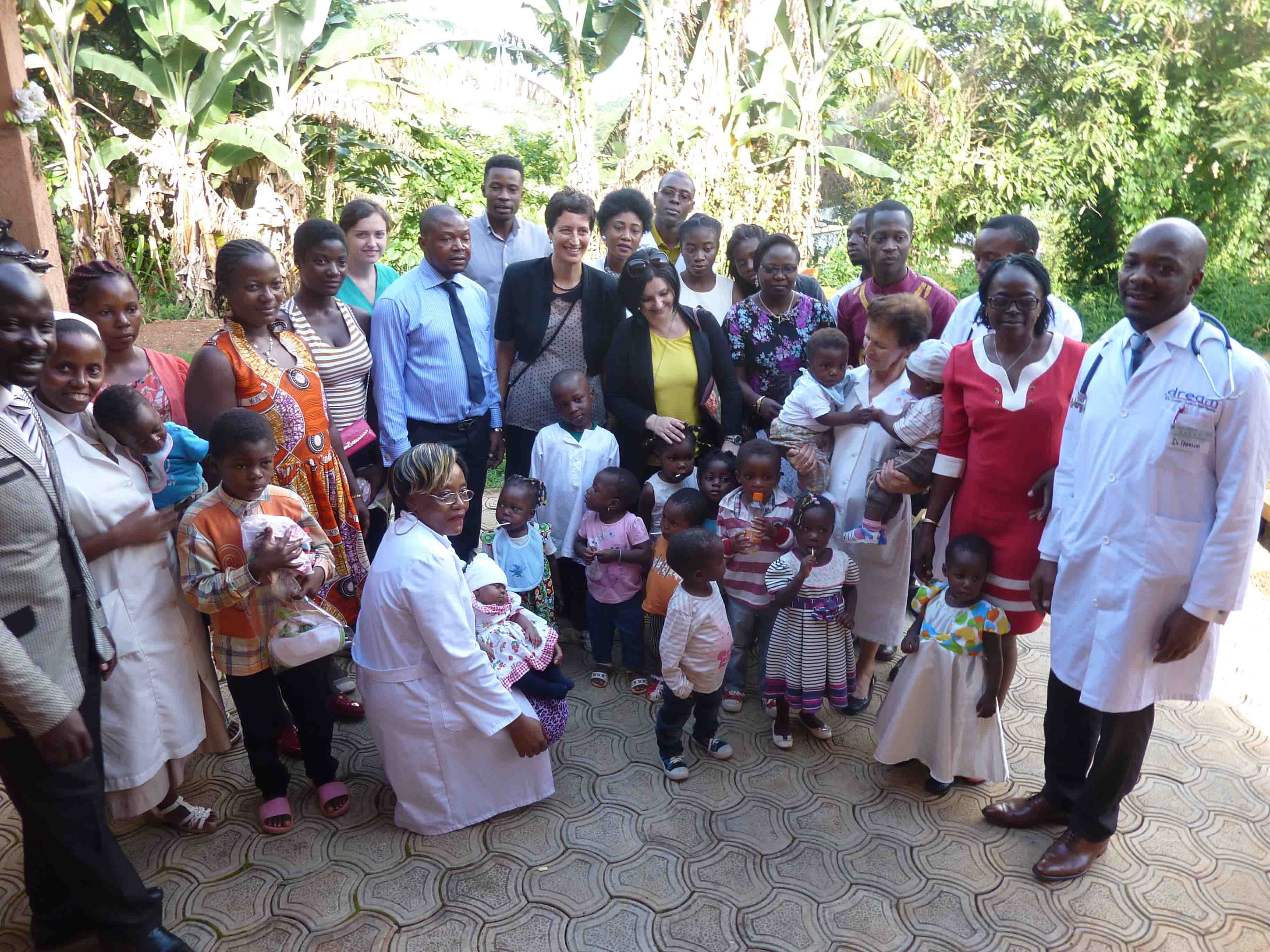 On 7 July 2016 the DREAM center of Nkolondom in Yaounde received the Ambassador of Italy to Cameroon, Mrs. Samuela Isopi.
The ambassador visited the treatment center, which already has 450 patients in treatment, and the laboratory, which is one of the 3 laboratories in Yaounde credited for carrying out viral load analysis in the central and southern regions of the country. She then greeted the mothers and their children at the center. By now 70 pregnant women have been treated since 2015 and until now all of their children are healthy and free from the virus thanks to the treatment and prevention program. At the end of her visit, the ambassador met with a few representatives of the Community of Sant’Egidio from Yaounde and Douala.
.