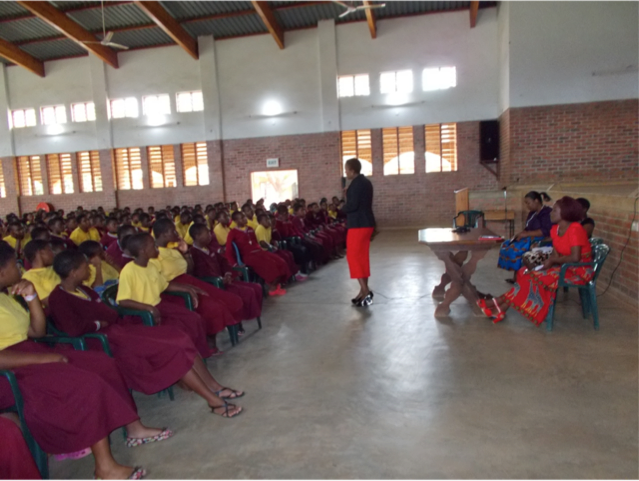 HomeDREAMMalawi, a challenge that can be overcome: From HIV/AIDS to the empowerment of young women

The women of the I DREAM Movement by now are known throughout Malawi. They are increasingly asked to participate in public events and presentations to share their story and provide an example on how it is possible to live and develop one’s own ambitions in a society that, especially in the rural areas, does not yet recognize the role of women and how they can contribute to the development of the country.

It is important to spread and better understand subjects such as hygiene, health education and disease prevention, but also highlight the importance of registering at the civil registry, the right to study and the role of the woman in the family and in society. These are all subjects that spread a new culture, beginning from young adolescent women.

Thanks to young women it is possible to build a better country, reduce teen marriages and also early motherhood, which are often ways to escape a life of poverty and prevent domestic violence. Women who are well educated and informed not only help their family grow, but also have been linked to lower infant mortality rates.

Over the last few months the women of DREAM have worked very hard outside the health centers. Public meetings in companies took place, such as Malawi Total, but also in a few secondary schools together with students and teachers. For example, in the Bakita Secondary School of Balaka, more than 700 girls participated with great interest, being the whole day dedicated to the testimony of the women from the Movement.

The examples coming from women who have achieved a place amongst society are of great support for the girls afflicted by HIV who are currently undergoing treatment. However, this carries over to many other young women for whom they represent the living example of how one can affirm oneself, starting from a seemingly weak and disadvantaged position, and become a key figure in shaping a new civil awareness, thus creating a new perspective with which to look at their future in society.