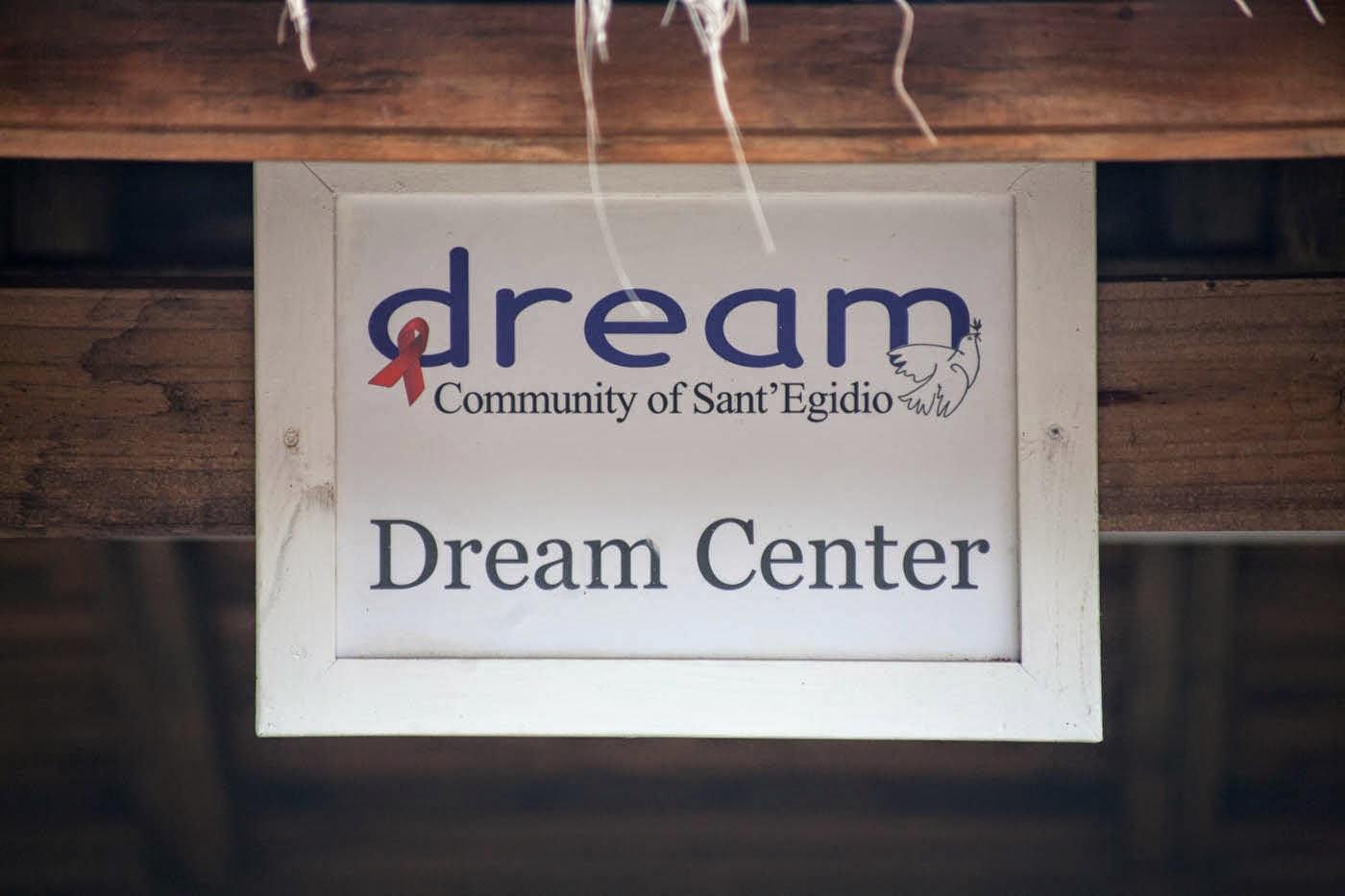 HomeDREAMWorld AIDS Day, Sant’Egidio: there is alarm in Africa among adolescents

The DREAM programme is present in 11 countries in Africa, it carries out specific activities for young people and the aim is to fight disease and stigma.

The challenge for the Community of Sant’Egidio’s DREAM programme is to save the future of Africa by fighting the main cause of death among the continent’s adolescents: HIV. On the occasion of the World AIDS Day, Sant’Egidio wants to remember what has been done and what still needs to be done for young people. DREAM has been doing this for 18 years, offering access to treatment free of charge in 11 countries in Africa, in 49 healthcare centres and 25 molecular biology laboratories.

In 2016, 73% of new HIV cases among adolescents were to be found in Africa (source www.avert.org). It is estimated that between now and 2030 another 740,000 young people will have been infected. Currently, half of all the young HIV+ people live in 6 countries, 5 of which are in Africa: South Africa, Nigeria, Kenya, Mozambique and Tanzania.

The situation in East Africa is particularly serious. It is precisely from here that DREAM started its work. Nearly 6,000 adolescents are currently being treated in the healthcare centres of the Community of Sant’Egidio’s DREAM programmes. Half of them are in Mozambique, over 1,000 are in Malawi and more than 800 are in Kenya. DREAM has three projects funded by the Italian Agency for Cooperation and Development in these three countries: Malawi? I Care, Mozambique PASS and Together with the Global Fund to end the HIV and TB epidemic in Kenya. Recently AICS approved a project for young people called Espaço Aberto. Improving healthcare services for adolescents and young women with HIV in Mozambique, which is to start in 2020. The project will make it possible to offer quality healthcare free of charge for at least two years to 2,500 young HIV+ people (52% girls) aged between 10 and 19 and 1,250 young HIV+ women aged between 20 and 25. Youth leaders will be trained and included in a “youth friendly” space as an experiment in 6 healthcare centres in Mozambique in order to facilitate the access of young people to HIV healthcare services.

Fighting AIDS among adolescents often means taking action before they are even born. In fact most children are infected when they are born or during breastfeeding and the rest through unprotected sex. Since 2002, DREAM has made it possible for 100,000 children of HIV+ mothers to be born free of HIV, and offers pregnant women a high quality service free of charge to prevent the transmission of HIV to their children. These young women are one of the most vulnerable groups for HIV. They are girls who often live in poverty or who are abused and cannot protect themselves from HIV. Gender inequality in education and restrictive regulations are also directly linked to more limited access to sexual healthcare services, including HIV testing and treatment.

In general, all young people between 15 and 24 years old are vulnerable to infection because of characteristics associated with this age group’s behaviour. In a society with great social inequality, young people suffer from a lack of money, they often drop out of school and are often sexually exploited, all of which makes them more vulnerable to HIV. In addition there is the difficulty in accessing health services and the fact that the national response in sub-Saharan Africa is not prepared to deal with the specific aspects of this age group.

This does not only concern the poorest people, as in the case of Eulalia, a 17 year-old girl from a middle class family in Mozambique. For years she had been on the wrong antiretroviral therapy. Her family had been persuaded to buy drugs that were not based on her real needs, but according to the offer made by whoever was selling them. When Eulalia arrived with her mother at the DREAM health centre, she was in a critical condition. She did all the necessary tests and started a therapy that at last was right for her. Her mother opened her bag, convinced she would have to pay because she could not believe that a service like that could be completely free of charge.

Lack of information leads to a lack of awareness and families are often afraid to talk about the disease. This is what happened to Janet, a 13 year-old girl from Malawi, who tested HIV+ when she was only 2 years and 9 months old. She was given the necessary medication immediately but for years did not know that she had HIV. At one point she started to refuse the medication, she thought she was fine and did not understand why she had to take her medicine. Only in August this year did her mother ask the DREAM staff to help her and tell her daughter that she had HIV.

Paola Germano, the director of Sant’Egidio’s DREAM programme explained, “Often it is the adolescents’ parents who come to DREAM asking for help. They do not want to be the ones to tell their children the truth. They ask the DREAM staff to talk to their children. They feel guilty”.

The DREAM healthcare centres’ support of the national health system is not limited to distributing drugs, they train the local staff and offer patients counselling, prevention and tests.  Awareness raising activities regarding health and the treatment are essential, especially for adolescents. These activities are carried out by expert clients (activists), people with HIV, usually women, who have been looked after in Sant’Egidio’s healthcare centres and then go out and talk about their experience. They are the ones young people really refer to for the information they need, for taking the test and accessing treatment.

If young people test HIV+, they are put on an assistance and treatment programme. They then have regular check-ups with specifically trained medical staff and are also monitored for infections and diseases that can appear, like malaria, tuberculosis, sexually transmitted diseases and malnutrition, or non-communicable diseases like cardiovascular problems, diabetes and cervical cancer.

Every DREAM healthcare centre has someone who is in charge of the services for young people. The idea behind the programmes for adolescents is to have a direct connection with them through regular appointments that focus on their specific needs. They are therefore invited to make their appointments on the days that are organised for them, to monitor their health and diet, take the necessary blood tests, check how their therapy is going, measure their viral load, give them their drugs, prevent and treat any HIV related diseases and have them screened for cervical cancer. All these activities are carried out by qualified personnel who are made aware of all the adolescents’  needs.

In addition, during the days for young people, some expert clients (activists) and nurses set up support groups for young HIV+ people between 10 and 19 years old. These meetings make it possible for the adolescents to open up, they help them talk about their condition, about the antiretroviral treatment, stigma, the rights of HIV+ people, and sexual health. This is what happened with Ian, a 19 year-old boy who struggled for a long time with being stigmatised and with his loss of self-esteem and who has now become an example for the young people of his community in Kenya. He arrived at a DREAM healthcare centre with his parents, who were both HIV+, and his younger brother, and he found himself in a very difficult situation. Due to the disease he was often off school and when he was there, he was afraid of being stigmatised and did not take his medicine. Then he started attending a support group for adolescents in order to overcome the physical and psychological problems associated with HIV and to make sure he would adhere to the therapy properly. Today his viral load is very low, his health has improved and he has regained his self-esteem to the point of being able to speak about his condition in public.

Paola Germano, the director of DREAM, concludes, “There are movements of adolescents around the DREAM centres, who have overcome the stigma phase and are committed to talking about HIV with people their age who are healthy, in schools and places where they get together. These movements involve adolescents who have been forced by the disease to mature quickly, and being included in the groups and thanks to the care they find there, they find safety and hope. Their contribution to breaking down the HIV stigma among young people is priceless”.