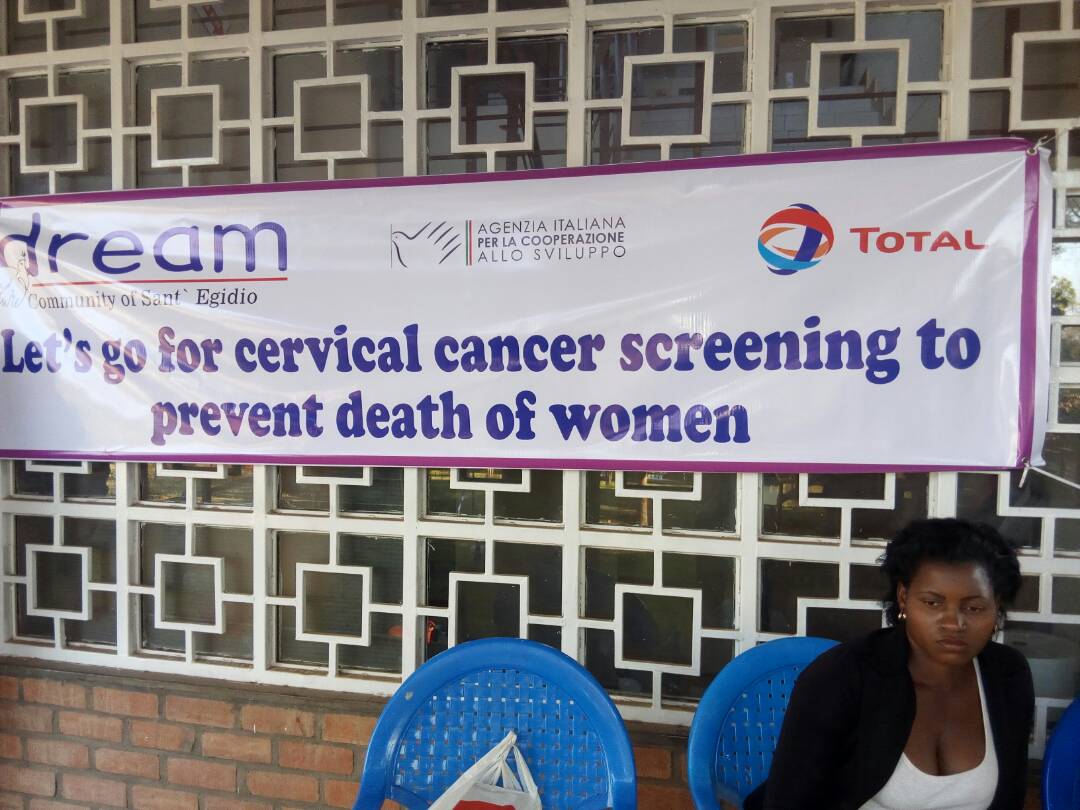 HomeDREAMThe importance of awareness raising activities in DREAM’s work: the results of the first year of the “Malawi? I care” project

Reaching 6,000 people in 3 years with ad hoc awareness raising campaigns on women’s health is one of the most important results of “Malawi? I care”. This is one of the Community of Sant’Egidio’s DREAM programme projects and it is funded by the Italian Agency for Development Cooperation.

Malawi is has the second highest incidence of cervical cancer in the world (2,300 women die from it every year) and women with HIV are more vulnerable to HPV, which is one of the causes of this cancer. This is why the DREAM programme is using part of the “Malawi? I care” project’s resources to increase the population’s awareness of women’s health and thus promote gender equality and women’s empowerment.

The DREAM programme has become a model at a national level for the fight against cervical cancer. It has received support and institutional recognition from the Ministry of Health, which however, does not have enough resources to act independently. Malawi is one of the countries that depends most heavily on foreign funding to support such an expensive sector as healthcare.

In just over 12 months, the DREAM staff managed to reach 5,100 people with awareness raising campaigns in five districts throughout the country: Blantyre, Dowa, Balaka, Machinga, Mangochi. Thanks to the distribution of leaflets and the collaboration with Norwegian Church Aid, about 1,500 women took the VIA test for cervical cancer.

Bicycles used by expert clients (activists) to visit patients in home care and to look for the ones who miss their appointments.

The activities that the Community of Sant’Egidio, in collaboration with the Blantyre District Health Office, proposed during the women’s health week (30th July – 3rd August), were particularly effective. The event was organised by DREAM and involved the rural areas around Blantyre and concentrated on the prevention and treatment of cervical cancer. During the week, 1,850 women were screened free of charge in the healthcare centres in Chabvala, Chikowa, Ndziwe, Chileka, Lirangwe, Lundu, Ndeka, Madziabango and in the Mandala DREAM centre, 47 of them tested positive and 15 had suspected cancer.

The success of the awareness raising activities is by no means obvious. As with HIV and AIDS, the popular beliefs also regarding cervical cancer hinder prevention and treatment. In fact women often do not want to be tested because they are convinced that the test can make it difficult for them to have children. A promotional campaign had to be launched on the radio as part of the “Malawi? I care” project in order to overcome these prejudices and this cultural resistance.

The first year of the project provided good results in terms of raising awareness and showed that even adopting a widespread campaign that only provides information, that includes everyone who is involved, doctors, volunteers, institutions and the local community, it is possible to change people’s opinions. This has made it possible for more and more women to become aware of their rights and access the free of charge treatment programmes that fight not only cervical cancer and HIV but other diseases too.

Ambito
World AIDS Day, Sant’Egidio: there is alarm in Africa among adolescentsLots of food and clothes: the unexpected Christmas present for the Zimpeto DREAM centre
NEWSLETTER