June 17 is World Day to Combat Desertification and Drought, a planet-wide issue that aims in 2022 to demonstrate that ‘investing in healthy soils is an economic and smart decision.’ (UNCCD)

The day was called 27 years ago, following the approval of the UN Convention to Combat Desertification (UNCCD), the first global and legally binding commitment to address the problem.

The objective of the Convention is to mitigate the effects of drought through international cooperation activities and partnership agreements in the most affected countries, particularly in Africa.
Drought is one of the most destructive natural disasters in terms of loss of life, due to impacts such as large-scale crop losses, fires and water stress.
It is estimated that by 2025, nearly 1.8 billion people will be affected by this problem and that by 2050, drought may affect three-quarters of the world’s population.

It is an urgent and global problem.
Evidence of this can be seen in parts of Malawi, particularly the East Bank area, a very rural part of the country where the livelihood of the population is closely tied to agricultural resources and which cyclically, due to climate change, is affected by severe droughts.
It is in this context that, as the situation has worsened, the DREAM Program of the Community of Sant’Egidio has intervened by giving food and health aid and engaging with eco-sustainable projects.

The data on drought in Africa are alarming but, with ingenuity, commitment and solidarity, initiatives can be put in place that improve the lives of the populations so hard hit, ensuring that livelihoods are no longer lost due to the dryness of the land.
DREAM, which has been working on the African continent for 20 years, has always paid attention to the ecological problem, enhancing biodiversity by setting up ‘community gardens’ whose protagonists and beneficiaries are people with HIV followed by the Program who, assisted by agricultural experts, recover traditional productions and teach new cultivation techniques.
By planting local fruits and vegetables as an alternative to intensive maize crops, food vulnerability related to climate change can be countered.

With the community garden, all activities take place: from preparing the soil, to planting, weeding and watering. In some DREAM Program centers, the gardens produce okra, peppers, tomatoes, bonongwe, garlic, onions and vegetables.

In addition to providing food, the community garden, which is present in about 60 DREAM centers, is a place where many recreational and educational activities, such as teaching mutual respect and raising awareness about the importance of caring for the environment, can be carried out. 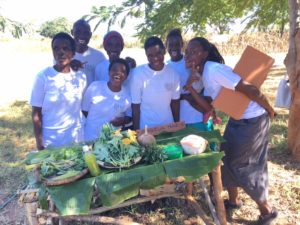 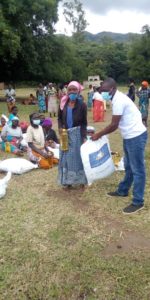 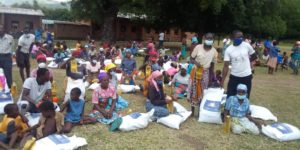 Ambito
The Premiere Dame of the Central African Republic visits the Clinique DREAM of the Community of Sant’EgidioCovid in Africa, where do we stand? Data and updates on the epidemic on the continent
NEWSLETTER