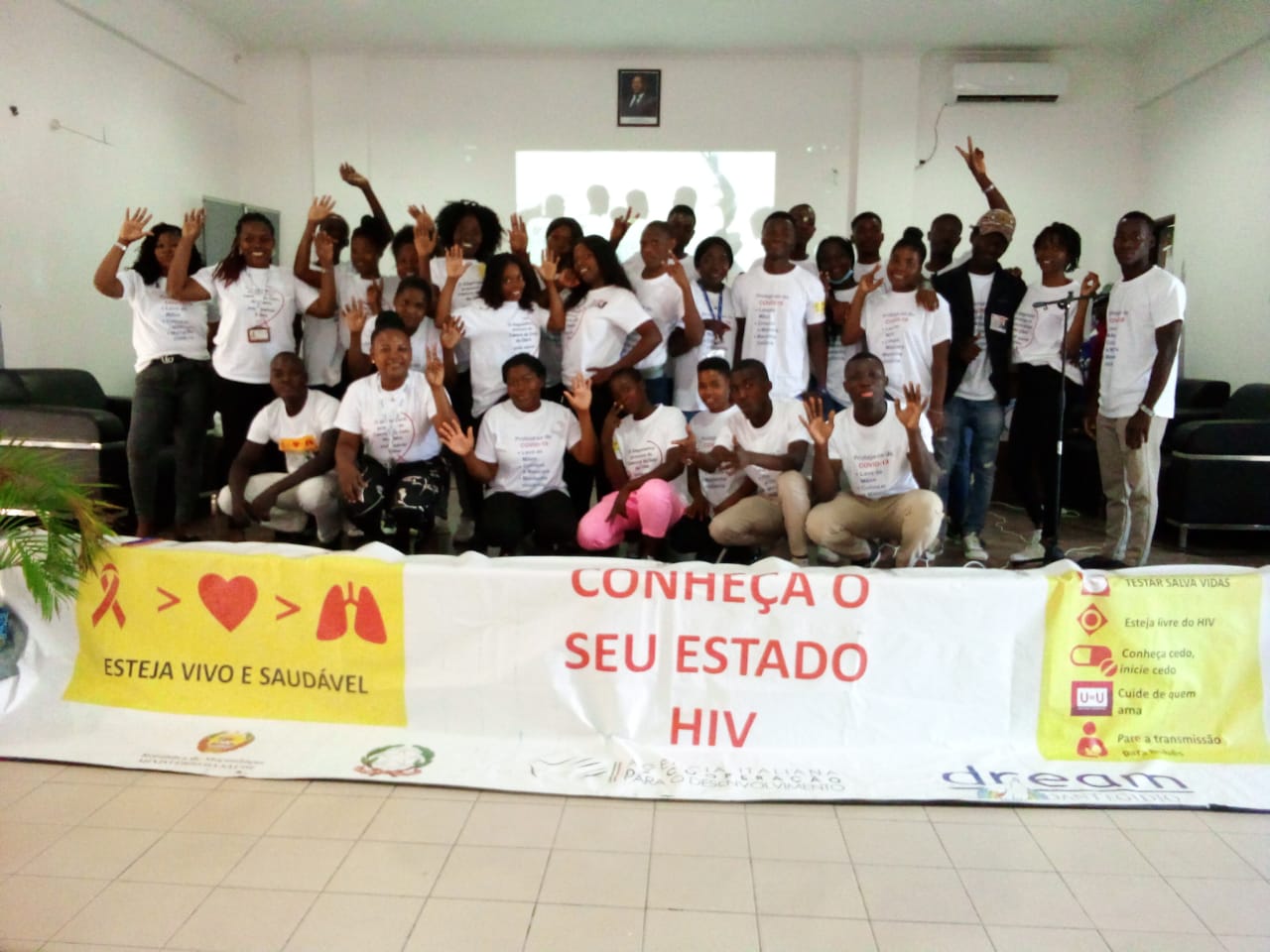 HomeDREAMGreat enthusiasm for the final event of the ‘Espaco Aberto’ project, whose main protagonists were young people

In an atmosphere of great joy and euphoria, on 15 September 2022 the closing ceremony of the Espaco Aberto Project took place simultaneously in Maputo, Beira and Quelimane, a two-year project implemented by 7 health units of the DREAM Programme of the Community of Sant’egidio in Mozambique coordinated by the Global Fund Facility and financed by the Italian Agency for Development Cooperation.

Under the motto of UNAIDS “Be Alive and Healthy”, in the framework of the Global Fund Facility’s 2017-2022 strategy “investing to end epidemics” and in the spirit of DREAM, the project has provided around 3,500 adolescents between the ages of 10 and 24 with a real open and “youth friendly” space where with clinical, psychosocial and emotional support they have been offered care and treatment, support groups for adolescents, young girls, sports, outings, recreational activities and vocational training.

Speaking at the opening of the ceremony, AICS Maputo Director, Paolo Sertoli, said “it is a great honour for me to participate in this important event, which celebrates the achievements of the initiative in the fight against HIV/AIDS, an area that still represents one of the main threats to public health on the African continent, especially in Mozambique, where more than one in ten people are HIV positive.”

Despite the challenges imposed by the COVID-19 pandemic, the Espaco Aberto Project started in March 2020 and quickly established itself in the DREAM Centres by welcoming adolescents and girls lacking information, access and others with enormous difficulties in their individual acceptance of HIV/AIDS and therefore with serious problems in adhering to antiretroviral treatment.

So many young people approached and entered the spaces created for them in the DREAM Centres, at first very shy and closed, they just listened to the mentor activists, but slowly they opened up, creating bonds of friendship through sport, music and long conversations on self-esteem, stigma, rights, relationships, sexual health in which they discovered for themselves, for their friends and family what united them and put aside everything that separated them.

More than 20,000 adolescents between the ages of 10 and 24 took part in the project. ‘Espaco aberto’ was developed in the city of Maputo, in the provinces of Maputo, Sofala and Zambézia, helping to minimise the impact of HIV/AIDS among young people and contributing to HIV prevention, voluntary counselling, testing, care and treatment, and the inclusion and support of girls most affected by HIV.

The DREAM Programme intends to continue educating and training new mentors, promoting and fighting for the health of all, the culture of peace and the inclusion of the young, the elderly and the most vulnerable in a better and fairer world.

The ceremony was also attended by representatives of the Ministry of Health and the Global Fund Mechanism in Mozambique, who were able to witness the awareness-raising, counselling and HIV testing campaigns.