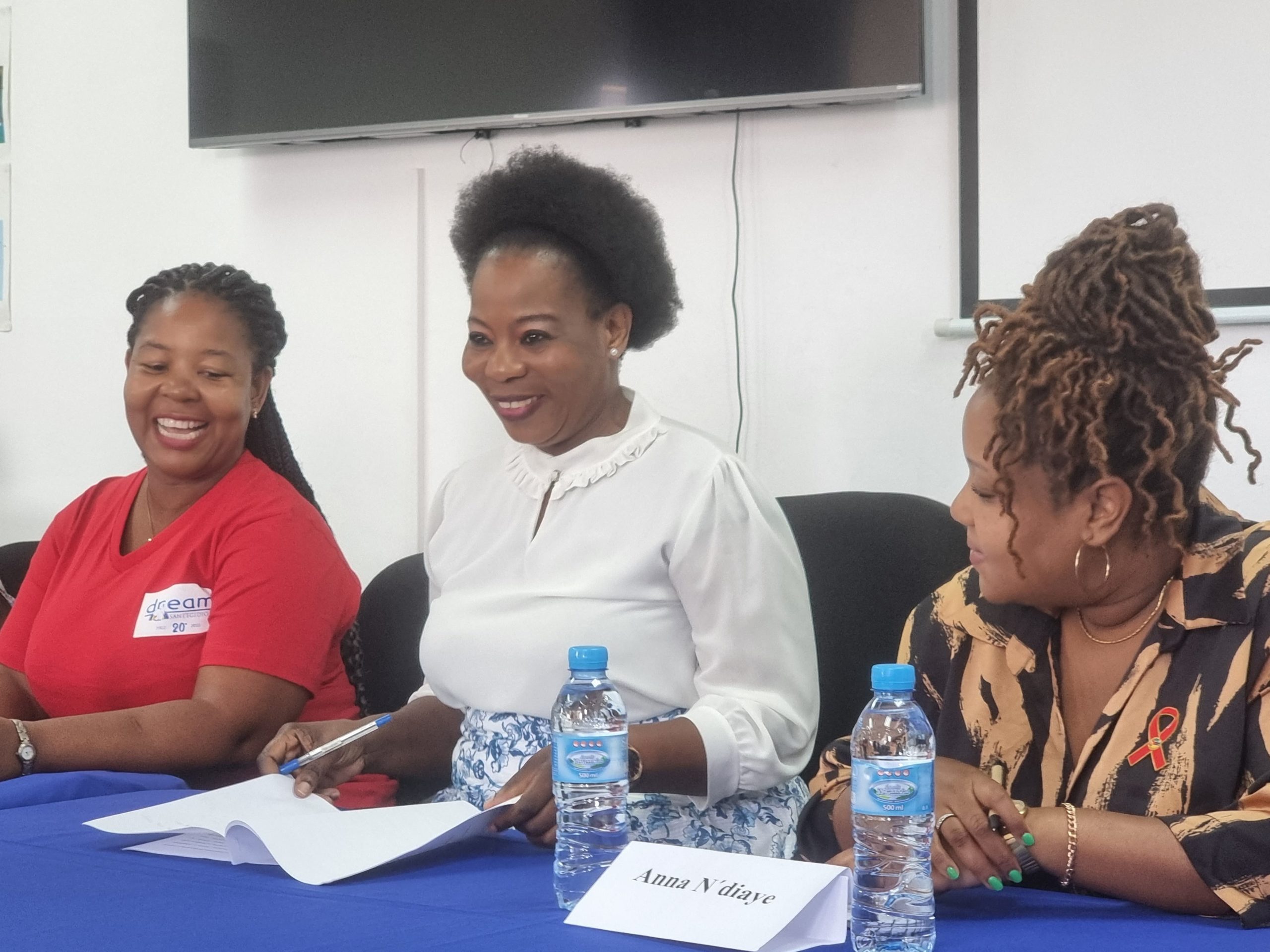 HomeDREAMGreat celebration of the DREAM Programme at the Zimpeto centre in Maputo, Mozambique

Last week, at the DREAM centre in Zimpeto, an event was held to celebrate 20 years of the Programme in Africa. The event was attended by over 500 people including authorities, partners, patients and all the collaborators of the DREAM Programme in the city and province of Maputo.

The event started early in the morning with a ‘Health Fair’, which DREAM activists and doctors held, offering a series of awareness-raising services for the prevention and screening of chronic diseases such as hypertension, diabetes, HIV, cervical cancer and optometry. In addition, young people and teenagers from DREAM entertained the large population of the neighbourhood who came for the event and to learn more about their health conditions with music and dancing.
During the day there was also a theatrical performance, in which some DREAM workers summarised the history of the Programme’s 20 years with short sketches.

Cooking and proper nutrition demonstrations took place in some of the Health Fair tents. At the same time, teenage girls from the different sewing workshops belonging to the DREAM centres exhibited and sold their work.

A photo exhibition on the different health activities of DREAM2.0 in Africa was set up inside the centre.

The initiative was attended by over 500 people, with many speeches from the stage including that of the Provincial Health Director of the city of Maputo, Dr. Sheila Lobo, who thanked the Community of Sant’Egidio and DREAM for the courage and determination in the fight against HIV/AIDS since its inception in the country, and also praised the inclusion of a greater number of chronic diseases in the package of services offered, and finally wished that DREAM could continue for many, many years.

Paola Germano, Executive Director of the DREAM Programme, speaking at the event, said that “twenty years ago, in February 2022, HIV/AIDS was a death sentence for many families and entire peoples. Today DREAM has not only become a reality but has gone beyond the dream that was and is hope, health, confidence in the future, victory over resignation and the sense of the impossible that often permeates the lives of patients, even in our generation. It is possible to go beyond political and social conformism, it is possible to go against the death penalty, it is possible to have hope, the world is a boat on which everyone embarks and only together is it possible to reverse the course towards shipwreck’.

The event concluded with a panel discussion on ‘the role of women in health promotion’, whose panel was composed of women from different spheres of Mozambican society, including Cacilda Massango, leader of the DREAM Movement, who brought several reflections on the crucial role of women in promoting better health in Mozambican families and society.

It was a real celebration of the people in which each of the collaborators and volunteers of DREAM were able to relive and celebrate with great joy the impact of their work and the results achieved over the past 20 years.